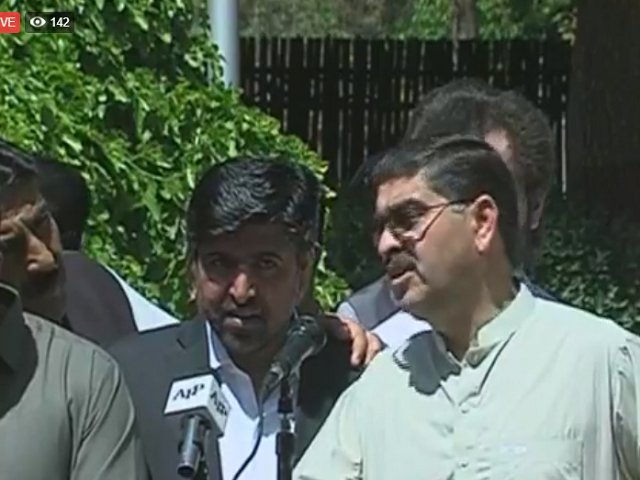 QUETTA  : Former senator Saeed Hashmi has said the Balochistan Awami Party (BAP) will get itself registered with the Election Commission of Pakistan in a few days and contest the upcoming election with full commitment.

Hashmi was addressing a news conference on Wednesday. On the occasion, Pakistan Tehreek-e-Insaf (PTI) Vice President in Balochistan and former nazim of Chiltan Town Ismail Lehri announced joining BAP along with his dozens of supporters.

“BAP’s manifesto and constitution is in the last phase of completion after which the party’s council session will be called to elect the provincial leadership,” he said.

Speaking to the media, Lehri said BAP had the potential to resolve the province’s woes as “it has young leadership having abilities to demand due rights of the people of Balochistan”.
He said people of the province were disappointed with mainstream parties as they never showed seriousness for resolving their issues.

“We have joined BAP as we need a national-level political party based in Balochistan to end the sense of deprivation among the people,” Lehri said.