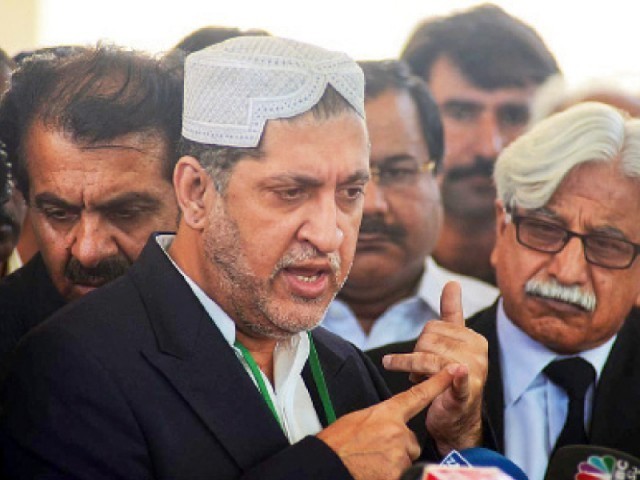 Mengal was speaking at a dinner hosted in his honour on Wednesday by his party members Haji Lashkari Raisani and Hamyoun Aziz Kurd, a former MNA.

He said the province had been suffering from unrest from two decades, stressing the need to address several long lingering issues. He said there was no road networks in in the province while billions of dollars had been spent outside Balochistan.

The former chief minister said the people of Gwadar were compelled to buy expensive water as “the heart of CPEC [China-Pakistan Economic Corridor] is running out of water”.

Lamenting on the difference among the various communities living in Quetta, he said, “The city of love and peace has turned into death zone… everyone is afraid of stepping out of their homes.”

He said Quetta had become a Rwanda where people belonging to the Baloch, Pashtun and Hazara communities as well as those from Hindu and Christian faiths “are all being killed”.

He asked as to how many terrorists involved in sectarian killings in Balochistan had surrendered. “Did the provincial government make an attempt to convince them to skip war?” he said.

Calling for an APC, Mengal said elections were no solution to the problems facing Balochistan. The province had seen several elections since 1970, but the plight of the province persisted, he added.

He slammed former prime minister Nawaz Sharif and his slogan ‘Give Respect to Vote’ and said the so-called democratic forces never respected ‘even our women’ during their rule.

About the previous APC called by the party in Islamabad, Mengal said, “We seek to call an APC where all stakeholders of our province will only discuss the issues of Balochistan like operations, missing persons, etc.” He said during the last APC in Islamabad, many stakeholders avoided signing the joint declaration.