Rs80 millio­n alloca­ted to provid­e for bikes under Women on Wheels­
By Asif Mehmood
Published: May 3, 2018
Tweet Email 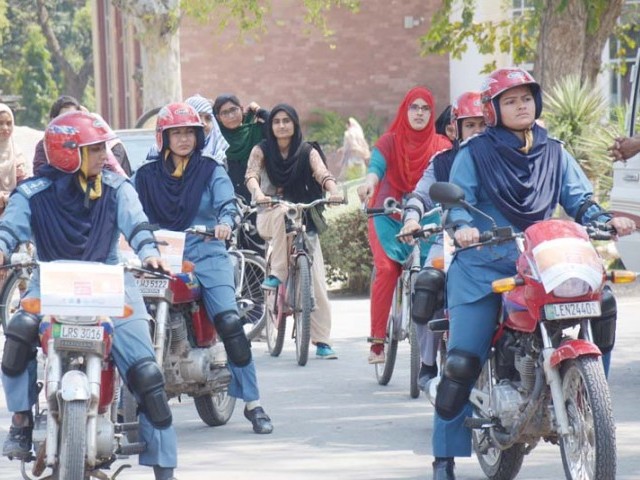 LAHORE: Those women who have completed the Women on Wheels (WOW) training will be provided with 3,000 motorcycles in several phases, said Punjab Strategic Reforms Unit Director General Salman Sufi on Wednesday.

The planning and development department, in collaboration with the provincial development forum have allocated Rs80 million to distribute motorcycles among the women, he added.

The bikes will be distributed in five districts of Punjab, including Lahore, Faisalabad, Rawalpindi, Multan and Gujranwala, he stated.

3,000 women to receive motorcycles in Punjab

On May 13, female motorcyclists will ride their bikes in a public rally in Lahore for which we have also asked civil society members to participate, he informed.

We hope that apart from offering a means of transport for women, this initiative will also help women to overcome self-confidence issues, he expressed.

“The motorcycles will serve women in several different ways by making them independent and self-reliant. It is for this reason the government has decided that the motorcycles will be pink,” he revealed. The female applicants who applied to the WOW programme paid an advance of Rs27,000. This fee is separate from Rs1,800 they have to pay monthly.