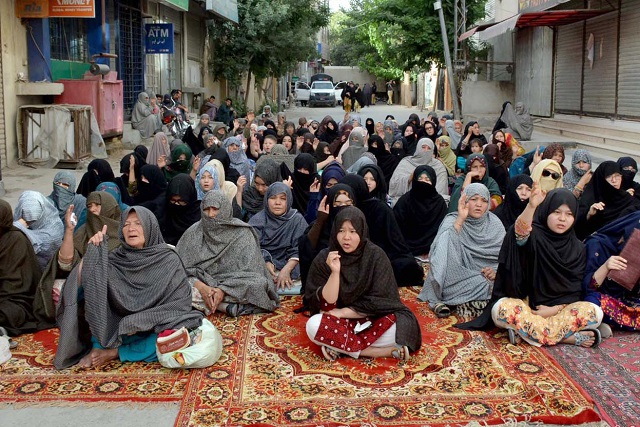 ISLAMABAD: As the Hazara community continues to face violent attacks in the country, the Chief Justice of Pakistan Mian Saqib Nisar on Wednesday took suo motu notice of the continued attacks on the community.

Fixing the hearing for May 11 at the Quetta Registry of the apex court, Justice Nisar sought reports from concerned authorities, including the interior ministry, the provincial government and the Balochistan Levies.

“I met the Hazara community recently. They were so afraid, they wouldn’t even lodge complaints or requests in the SC,” he added. “The killers of the community are holding public rallies.”

Further lamenting on the current state of the community, Justice Nisar said that members of the community are not even provided opportunities for higher education. “They can’t go to schools or hospitals. Are they not part of Pakistan?” the top judge asked.

On April 29, a day after two Hazara men were shot dead on Quetta’s Jamaluddin Afghani Road, the community members blocked the western bypass in the Balochistan capital, demanding that the terrorists behind the attacks be brought to book at the earliest.

The angry protesters burnt tires and blocked traffic at the western bypass on Sunday. They chanted slogans against the failure of government and law enforcement forces in arresting the terrorists killing community members in broad daylight and fleeing with ‘complete impunity’.

Two Hazara men, sitting inside their electronic shop, were gunned down by unidentified terrorists on Saturday morning. The incident sparked anger among the community being targeted by the sectarian groups for over a decade.