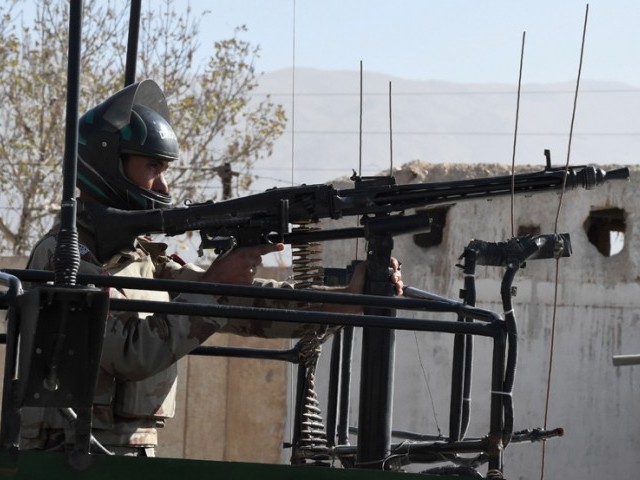 QUETTA: The Counter Terrorism Department (CTD) Quetta on Tuesday claimed to have arrested terrorists involved in the killing of more than 140 people, including Hazara community members, during a raid in Wali Jait area of Quetta.

With regard to the training camps being used by terrorists in Afghanistan, the CTD DIG said fencing was underway at the Pak-Afghan border which would be helpful in halting movement of terrorists across the border.

In a confessional video statement played before the media, Rahim said, “I was hired by a man named Waliullah who introduced me to the Quetta-based leadership of [the] terrorist organisation… we hired a water tanker and planted explosives inside it to target Hazara town. Thus I planned various terrorist attacks in Quetta and shot many Hazara community members in Quetta.”

Goraya described Capitan’s capture as “the lead arrest against the terrorist organisation” and said that it would help law enforcement agencies bust terrorist networks in Balochistan, particularly in Quetta, who had been carrying out attacks against minorities.

“Various investigation teams have been working against recent uptick of violence in Quetta, and target killers and their facilitators are being arrested and investigated,” he said.

The DIG said earlier Police and Balochistan Constabulary personnel were being continuously attacked, but now Hazara community and Christians had come under attack as well.

“We want to assure people that the CTD and law enforcement agencies are pursuing terrorist across the province, and vicious elements will soon be eliminated,” he added.

Goraya said that terror groups had been suing the name as Islamic State (IS) group, and denied any physical presence of the IS in Balochistan.

Responding to a question regarding terrorist disguised as Afghan refugees, he said, “The concerned departments are working to resolve the Afghan refugees issue, and law enforcement agencies and police have been working day and night against terrorism.”