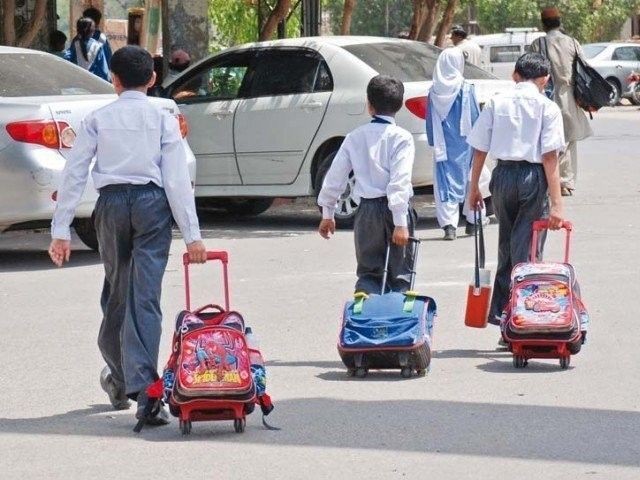 PESHAWAR: The newly formed Private Schools Regulatory Authority has formally started working in the province, conducing surprise visits and inspections of private schools to implement the government’s regulations and orders of the court.

Following up on complaints received from parents, the Khyber-Pakhtunkhwa (K-P) Private School Regularity Authority (KP-PSRA), the body’s Managing Director Syed Zafar Ali Shah along with director operations and deputy director (Registration & Fee Regulations) inspected different private schools in the provincial capital to see how much of the K-P-PSRA Regulations 2018, and Peshawar High Court’s (PHC) orders were being implemented.

The officers checked whether the institution was charging half the tuition fee from the second or third child of the same parents, charging a tuition fee for more than 30-days of vacations, raising the annual fee by more than three per cent, charging promotion fee, charging transport fees during vacations.

During the inspection of the Qadims Lumiere Private School in University Town, the officials did not find any increase in annual fee, or increase in monthly fees, charging transportation fees during vacations or charging promotion fees.

However, the school administration had failed to implement the sibling policy and charging of half of the tuition fee from the second and third child of the same parents in their institution which is against the spirit of the Judgment.

Officers of the authority directed the school administration to return this fees within a week. At the expiry of this, the officers would visit the institution again to check on compliance.

The school administration assured the officers for the full compliance of the orders including the refunded the excessive fees to the parents.