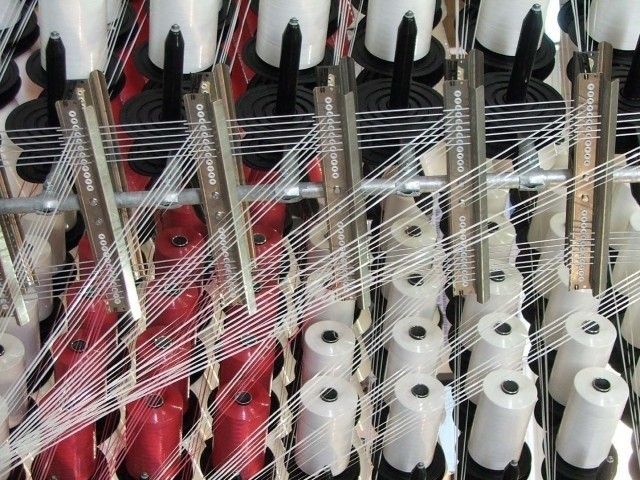 Weaving industrial units are still closing in Pakistan’s third largest city - Faisalabad - with the industry hoping that the government will provide some remedy. PHOTO: EXPRESS/ File

FAISALABAD: As textile exports start picking up gradually, the weaving sector of Faisalabad has not yet recovered from the deep wounds inflicted by the high cost of doing business in the wake of scores of taxes imposed over the five-year tenure of the current government.

Weaving industrial units are still closing in Pakistan’s third largest city – Faisalabad – with the industry hoping that the government will provide some remedy, say industry stakeholders.

These grey fabric manufacturers, who run small and medium-sized units, have been working on very thin margins. However, power looms are collapsing rapidly now as millers are compelled to sell their machinery to scrap dealers.

Machinery belonging to approximately 50,000 power looms had been sold to scrap dealers to avoid further losses, claimed industrialists. Thousands of workers had become jobless because of the high cost of production, they said.

“Once there was a time the sector had got bulk of the orders and grey fabric also had a great demand in the international market, but the situation has changed altogether,” he said.

“Now the sector is not even able to compete in the domestic market because imported grey fabric, which is cheaper than Pakistani fabric, has taken its place because of the high cost of doing business here.”

The industrialists associated with the weaving sector have demanded relief measures, particularly the removal of surcharges from electricity bills, to prop up the collapsing industrial units.

They called on the government to withdraw the additional Rs2.4 per unit worth of surcharges, including the tariff rationalisation surcharge, financing cost surcharge and Neelum-Jhelum surcharge, from electricity bills.

The government has also imposed anti-dumping duty on cotton and yarn imports that has jacked up the production cost.

Domestically produced cotton and yarn is expensive than imports. On the other hand, smuggled fabric is freely available in the market.

In the budget announced on Friday last week for fiscal year 2018-19, the government announced some soothing measures for the textile industry.

It promised the release of billions of rupees worth of tax refund claims over the next 12 months and kept in place the zero-rated sales tax regime for five major export industries.

It also maintained the reduced mark-up under the long-term financing and export refinance facilities.

Council of Loom Owners Association Chairman Waheed Khaliq Ramay suggested that the government should frame such policies that could support domestic industries. He called financial year 2017-18 worst for the weaving industry.

He emphasised that textile weavers were running small and medium-sized industrial units that could not afford big losses.

Ramay revealed that power looms were being sold in Faisalabad at Rs40 per kilogramme to scrap dealers.

“There is nobody that can buy a loss-laden running factory; loom owners have sunk and are declaring bankruptcy as they are unable to repay loans,” he said.

He pointed out that they had raised the issue and held protest to draw attention of the government towards the apathy of power loom owners, but nobody paid any heed.

Citing an example, Ramay said in every country the government would support the domestic manufacturers by setting low electricity and gas prices, maintaining a balance between imports and exports and keeping the production cost low.

However, the Ministry of Commerce claimed that exports had started picking up pace as they rose 24.2% – a four-year high – in March. It voiced hope that the trend would continue in coming months which would provide a sigh of relief for the industrialists.

K-Electric expects lower tariff after LNG use in plants