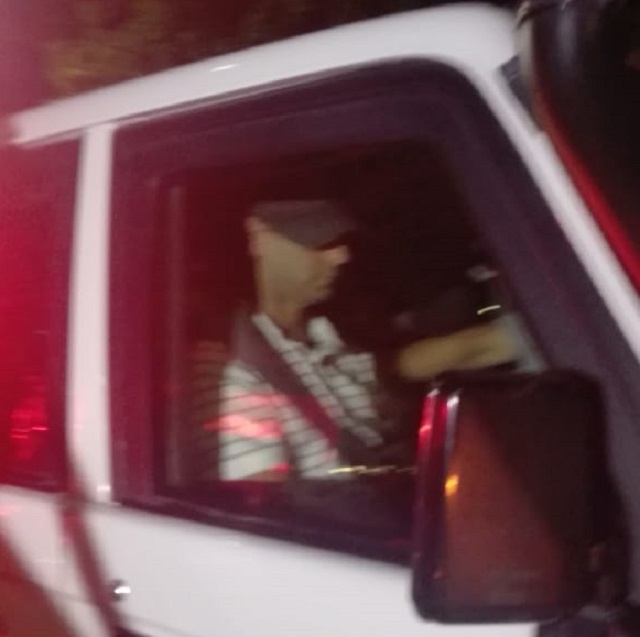 Both car and US diplomat shifted to police station for legal formalities. PHOTO: EXPRESS

ISLAMABAD: A motorcyclist was injured after being hit by a US Embassy car on Islamabad’s Constitution Avenue on Sunday night.

Police said Nazakat Aslam Awan, 27, and Muhamad Waseem were riding motorcycle when they were hit by a Jeep on Constitution Avenue near the Pak Secretariat complex at around 9:40pm.

The car was being driven by US Embassy Second Secretary Chad Rex Ausburn.

Police, who were on duty nearby, immediately responded to the emergency and shifted both the motorcyclists to PIMS.

Awan suffered a head injury while Waseem a few bruises. Ausburn produced his diplomatic card issued by the foreign office along with a valid driving licence to police. 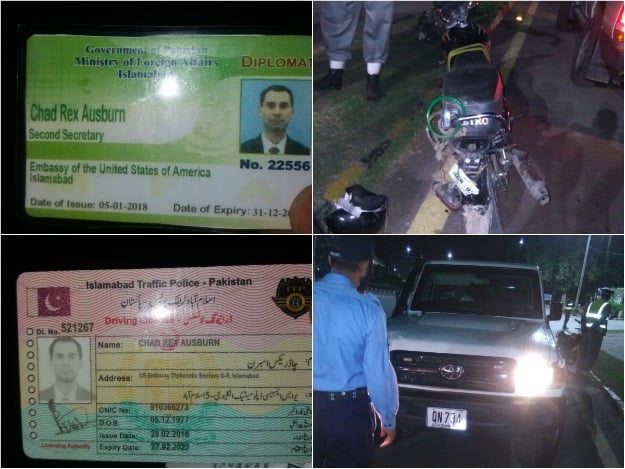 Subsequently, authorities shifted both the car and diplomat to the Secretariat Police Station for legal formalities.

Ausburn was still at the police station when this report was filed at around midnight, but it was expected he would be handed over to the US embassy officials after brief legal formalities.

It was not immediately clear which one of the two drivers was responsible for the accident.

Auburn enjoys diplomatic immunity, so cannot be detained or arrested by the police.

SSP-Operations Najeebur Rehman Bugvi said the diplomat would not be released until the Foreign Office verifies his diplomatic status and immunity.

“Police have prepared an SOP to deal with such incidents, and as per the SOP diplomatic document would not be accepted by the police [for release] without its verification by the Foreign Office,” he said.

The officer said police were reviewing the incident and had also sought help from the traffic police to fix responsibility for the accident.

The incident comes only weeks after a US diplomat hit and killed a motorcyclist and injured another through rash driving in the federal capital.

Fallout from cancelled contracts left for next govt