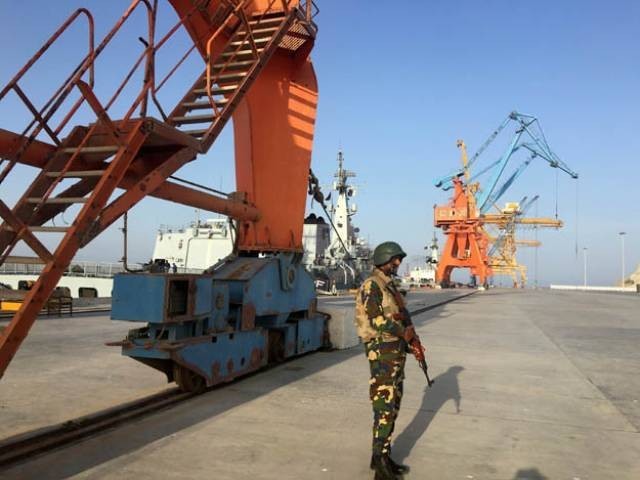 ISLAMABAD: The Matiari-Lahore transmission line project of the China-Pakistan Economic Corridor (CPEC) is facing a three-year delay as the government has again given seven-month extension to a Chinese company for the start of construction work on the $1.7-billion scheme.

The government also decided to borrow another Rs100 billion from commercial banks to partially retire circular debt, which had again started straining the power sector hardly a month before the beginning of Ramazan.

The decisions were taken by the Economic Coordination Committee (ECC) of the cabinet, chaired by Prime Minister Shahid Khaqan Abbasi.

The ECC extended the deadline for achieving financial close of the 660-kilovolt high-voltage direct-current (HVDC) Matiari-Lahore transmission line by seven months till December 1, 2018, according to a statement released by the Prime Minister’s Office.

The decision was taken to align the project with the upcoming coal-fired power projects being developed at Thar and near Karachi as well as 1,100-megawatt K-2 project in Karachi.

The project has faced trouble since the beginning. At the time of Chinese President Xi Jinping’s visit to Pakistan, it was decided that the project would be operational by September 2017 while its financial close had been scheduled for December 2015. The revised date is three years behind the original schedule.

The project also became a victim of dispute over wheeling charges and tax concessions. Its initial estimated cost was $1.5 billion that according to a tariff petition submitted with the National Electric Power Regulatory Authority (Nepra) is now $1.7 billion.

The project is being executed by China Electric Power Equipment and Technology Company Limited (CET) of State Grid Corporation of China (SGCC).

Pakistan had issued Letter of Intent (LOI) to CET in March last year. According to the guidelines contained in the Transmission Line Policy 2015, the maximum time for achieving financial close is nine months from the date of issuance of the LOI.

Earlier, the company was required to achieve financial close by May 4, 2018. Nepra has allowed a construction period of 27 months in its tariff determination while considering the financial close.

Construction work was supposed to start from next month and the project had to be operational by August 2020 according to the revised timelines.

However, after the latest revision, the project cannot become operational before March 2021.

The transmission line had been planned for power supply from the coal-fired power projects being developed at Thar and near Karachi as well as 1,100MW K-2 project in Karachi.

The loan will be utilised to pay off some liabilities of power distribution companies to the Central Power Purchasing Agency (CPPA) and other entities.

This is for the second time in the past one month that the ECC decided to tap the commercial window to ease the circular debt that was estimated to have crossed Rs1 trillion despite recent injections.

Earlier, the government had allowed borrowing of Rs80 billion from commercial banks. The cost of the entire Rs180-billion borrowing will be recovered from electricity consumers through the debt servicing surcharge. The consumers will pay 43 paisa per unit to service the debt.

The payment will be parked in PHPL – a subsidiary of the Power Division. The government has already recorded in PHPL books the Rs480 billion borrowed from banks to retire the debt earlier. The holding company’s debt will now reach Rs580 billion.

‘Study literature to be better teachers’