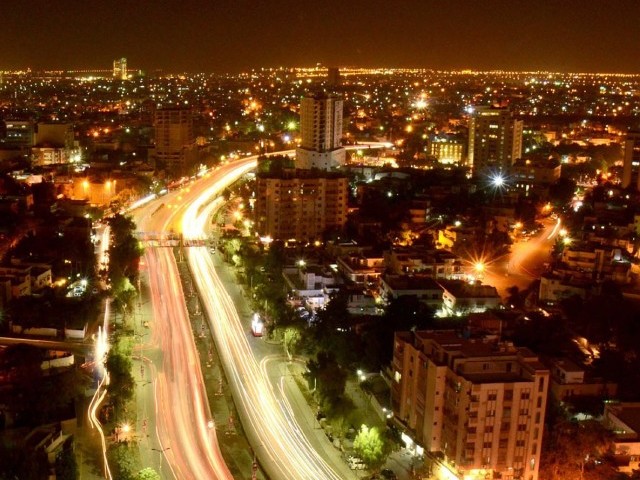 Economy expands to $313b; per capita income increases to $1,640, income inequality also up. PHOTO: INP

ISLAMABAD: The PML-N government’s five-year economic scorecard remained mixed. Although it failed to achieve key economic targets that it had set out five years ago, it posted progress in many other areas except the indicator of public debt.

On Thursday, Adviser to the Prime Minister on Finance Dr Miftah Ismail launched the Economic Survey of Pakistan for the fiscal year 2017-18. He was accompanied by Minister for Planning Ahsan Iqbal.

The government’s five-year term comes to an end on May 31.

“Every statistic has improved and we have managed to increase gross domestic product growth rate and at the same time contained the budget deficit and inflation,” said Ismail. Pakistan’s economy expanded to $313 billion,  the highest in history.

Miftah proudly claimed that the government made good on all promises made by former prime minister Nawaz Sharif.

“Against last year’s 5.4% economic growth rate target, the economy provisionally grew at a pace of 5.8% in the outgoing fiscal year, which is the highest in 13 years,” said the finance adviser.

Planning Minister Ahsan Iqbal, who dubbed the Economic Survey “PML-N’s scorecard for its five-year economic performance”, said the party had managed to pull the country out of a chaos and resolve critical issues such as power outages and terrorism.

“Had there been no political turmoil…the government would have achieved the 6.1% economic growth rate target in its last year,” said Iqbal.

Iqbal said that Pakistan’s economic framework would have been more stable if the government had not focused on ending the energy crisis, which was necessary for industrial expansion and job creation.

However, the Economic Survey confirmed that Pakistan’s structural economic problems could not be fully addressed during the current government’s tenure. But overall situation significantly improved against the one prevailing five years ago.

The budget deficit and the current account deficit remained far higher at the end of FY 2017-18 than what the PML-N had hoped to achieve. Against the promise of bringing down the budget deficit to 3.5% of Gross Domestic Product (GDP) by June this year, Ismail admitted that the budget deficit would be at least 5.5% of the GDP in the same period.

The current account deficit would remain at 5% of GDP at the end of this fiscal year against the promise of restricting it to 1.2% of GDP. 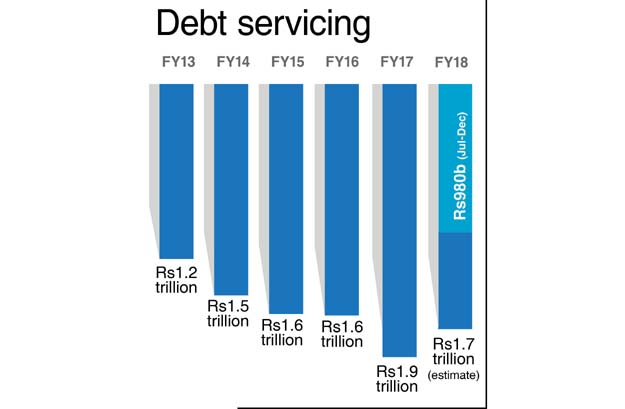 Ismail admitted problems on the external front and expressed the hope that the recent two devaluations of the rupee against the US dollar would help narrow down the widening current account deficit. He said that the government did not want to curtail imports but was trying to bridge this gap by increasing exports and remittances.

Also, for the first time, Miftah publically reacted to the adverse comments made by his predecessor. Two days ago, former finance minister Ishaq Dar had said that Pakistan should now forget about becoming a member of the G-20 — an elite club of the top 20 growing global economies — because of economic policies pursued in the past eight months.

“My approach on exchange rate policy, which is also shared by Governor State Bank of Pakistan (SBP), is different from that of Dar,” said Dr Ismail while responding to Dar’s criticism on rupee depreciation.

Dr Ismail said that exporters, who had been complaining about the adverse impact of a strong rupee on exports for three years, were “not mad”.

The government, however, did not share unemployment data for FY 2017-18, because the latest jobless figure of 5.9% was three years old.

Exports also fell for the fourth consecutive year while debt kept piling up. Per capita income increased to $1,640.50, but income inequality widened.

The public debt-to-GDP ratio was projected at 70.1%, which was even worse than the 64% level left by the PPP government.

Under its five year plan, the PML-N government wanted to bring it down to 60% of GDP.

But Ismail insisted that debt had to be incurred for new investment in the power sector. 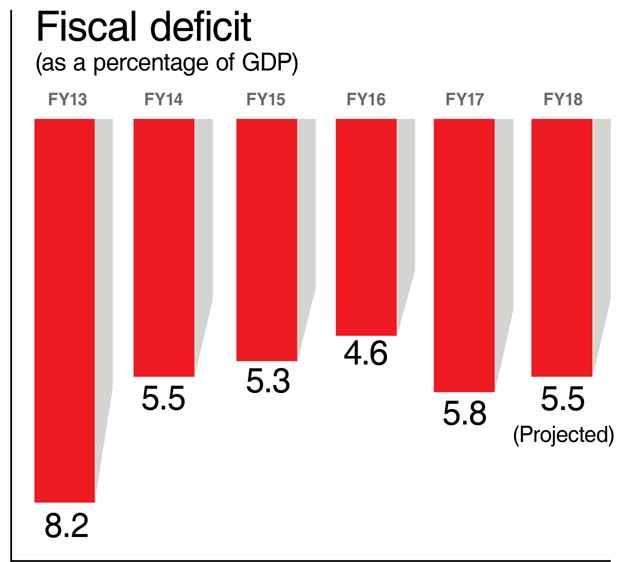 Fixed investment remained at 14.8%. Public investment increased to 5% of GDP, which was better than the previous year. The target of private investment was also missed by a wide margin, which stood at 9.8% of GDP against the five-year target of 16.7%. Results for private investment are worse than last year when they had been estimated at 10%.

The PML-N government claimed to achieve an economic growth rate of 5.8% in its last year in power that is the highest over the past 13 years. But it is significantly lower than the 7% target the incumbent government wanted to achieve when it came to power in 2013.

However, the current growth rate is decent enough to give a political advantage to the ruling party in the upcoming general elections.

Just under than two-thirds of growth — 66.4% to be precise — came from the services sector, which performed slightly better than the expectations. The government achieved growth targets for services and agriculture sectors but missed the industrial sector growth target again.

Despite a better economic performance, the growth rate was still insufficient to absorb the youth bulge — Any pace of growth below 7% rate would increase unemployment.

After witnessing 2.1% growth in the previous fiscal year, the agriculture sector this time performed better because of exceptional growth in cotton ginning and better crop yields. The sector grew at a pace of 3.81% this year, against the government’s target of 3.5%.

The forestry sector showed 7.2% growth but remained below the target of 10%. There was a surprising trend. The NAC revised down last year’s forestry growth figure of 14% to negative 2.3% growth rate.

The fishing sector grew by 1.63%, almost achieving the target.

The government missed all its targets set for the industrial sector despite giving it a preferential treatment in the supply of electricity. Heavy taxation and blockage of tax refunds affected the sector’s performance.