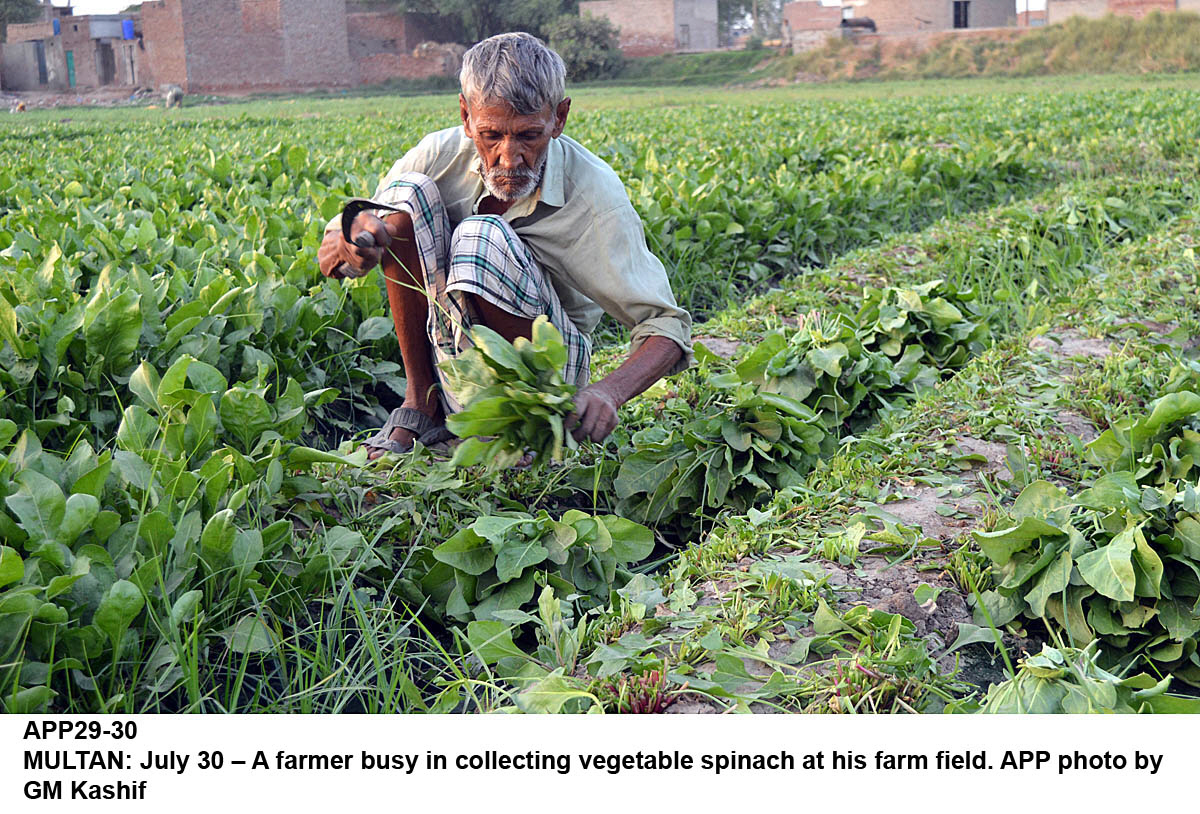 KARACHI: The annual budget presentation in national and provincial assemblies has two main features – one concerns tax proposals to generate revenues mainly from the developed, well-performing and high-earning sectors of the economy and the other is related to allocation and distribution of resources among varying sectors to help develop and support them in running their affairs.

The vibrant agriculture sector of Pakistan, which is called the backbone of national economy and is mainly run by landlords, many of whom are elected to parliament – has got much attention in successive budgets and during the course of a year.

No government can afford to ignore the sector that provides vital input to many industries, food crops to feed the populace and livelihood to millions of peasants. Its below-par performance may harm the overall national economy as well as many industries, particularly textile, that primarily depend on farm input.

Almost every government has announced incentives and financial packages for the agriculture sector in a bid to ensure food security and win over voters. Agriculture areas remain a huge vote bank for the political parties and the elected landlords (not peasants and farmers) dominate parliamentary affairs.

Following in the footsteps of previous governments, the current PML-N administration has also announced incentives for the agriculture sector.

It doubled agriculture loans to over Rs1 trillion in the past five years at low interest rates, unveiled Kissan Package worth Rs341 billion, provided subsidies on fertiliser and other inputs as well as tractor purchase, gave cheaper electricity, permitted import of equipment and machinery at lower duties and offered insurance coverage for various crops and livestock.

According to recent statistics, the agriculture sector is estimated to have grown by 3.8% in the current fiscal year compared to only 2% expansion in the previous year.

However, its contribution to the national exchequer has remained insignificant as only a handful of landlords pay taxes. There have been growing calls from economists and other experts to tax the agriculture sector more in order to give a boost to the country’s low revenues.

As the government is going to present its sixth budget on April 27, we take a look at what incentives it announced in the past five years.

Mark-up on loan disbursement was slashed to 9.9% from 14-15% for small farmers with landholding up to 12.5 acres. Zarai Taraqiati Bank Limited, National Bank of Pakistan and other banks offered the cheap loans.

Other schemes included small loans of up to Rs50,000 per farmer with disbursement target of 2 million loans for the year.

The government announced a subsidy of Rs13.8 billion on di-ammonium phosphate (DAP) sales with reduction in general sales tax to Rs100 per bag from Rs400 last year.

Urea price was maintained at Rs1,400 per bag through the grant of subsidy in terms of reduced sales tax. Total subsidy was estimated at Rs11.6 billion.

Customs duty and sales tax was reduced to zero for five years on the import of new and up to five-year-old combined harvesters.

Farmers would continue to take benefit of the prime minister’s Rs341-billion Kissan Package during the year.

Federal and provincial governments would equally share the cost of subsidy on urea and DAP amounting to Rs36 billion and Rs10 billion respectively.

Off-peak tariff for agriculture tube wells came down to Rs5.35 per unit from Rs8.85 per unit, which was estimated to put a burden of Rs27 billion on the national exchequer.

Duty on fish feed, 10% customs duty on export of small fish and 7% tax on pesticides were scrapped.

Total agriculture credit limit was raised to Rs600 billion from Rs500 billion. The government initiated the Credit Guarantee Scheme for the sector.

The scheme brought immediate cash grants for rice and cotton growers, subsidies on agriculture input worth Rs140 billion including reduction in fertiliser prices, loan advances valuing at Rs185 billion, insurance premium to be borne by the government and other small grants.

Grants were targeted primarily at small farmers that had landholdings of up to 12.5 acres.

The Kissan Package brought down all taxes on the import of modern agriculture machinery to 9% from 43%. Sales tax was reduced to 7% from 17%, while turnover tax on rice was withdrawn.

A credit guarantee scheme for small and marginalised farmers was introduced to encourage banks to provide financing to those who previously did not get access to banking facilities.

Under the programme, the government provided guarantees for up to 50% of loans offered to the farmers having up to five acres of irrigated and 10 acres of non-irrigated land.

A crop loan insurance scheme worth Rs2.5 billion was introduced for the farmers that covered the risks posed by natural calamities, climate change and plant diseases.

An amount of Rs300 million was allocated for the Livestock Insurance Scheme for small livestock and dairy farmers having up to 10 cattle.

Livestock insurance in the case of calamity and disease was launched which was estimated to benefit 100,000 farmers.

The government set aside Rs240.4 billion in subsidy for energy companies and essential commodities like wheat, sugar, rice and other agriculture produce.

A subsidy of Rs870 million was announced for agriculture tube wells.

The government increased allocation for the Pakistan Agriculture Storage and Services Corporation (Passco) to Rs6 billion for keeping wheat reserves and prices stable in the market.

An amount of Rs6 billion was set aside for the Utility Stores Corporation.