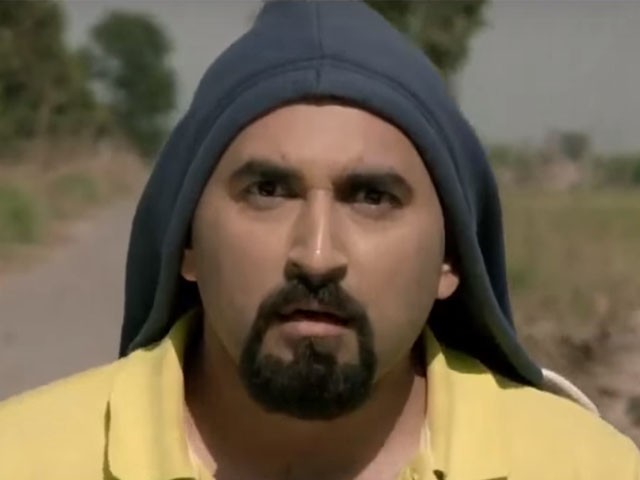 You would have seen him in the Osman Khalid Butt, Ainy Jaffri-starrer Balu Mahi as the former’s confidant. Actor Mustafa Ali Khan has taken a stance to start a #MeToo campaign for men. But it’s not what you think.

Mustafa’s proposed #MeToo won’t be talking about the sexual harassment incidents faced by men. He feels that men should realise that it’s because of them that women feel unsafe.

In a Facebook post, Mustafa wrote, “Every single man is guilty. Guilty of perpetuating this environment where EVERY woman feels unsafe.  I too am guilty.” 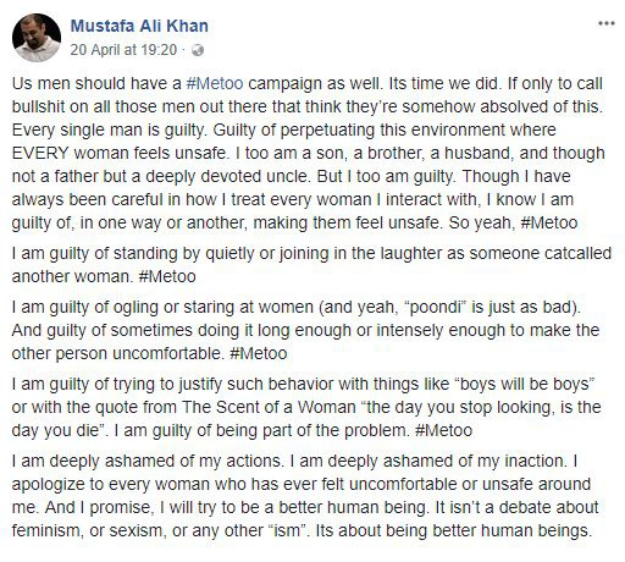 He coins #MeToo for men as a term that means ‘I, too, have made women feel unsafe.’ Mustafa adds, “I have always been careful in how I treat every woman I interact with. I know I am guilty of, in one way or another, making them feel unsafe. So yeah, #MeToo.”

The Balu Mahi actor states that he is responsible for standing quite or joining the laughter whenever someone has catcalled a woman. He adds, “I am guilty of ogling or staring at women – sometimes long enough to make them uncomfortable. #MeToo.”

Mustafa also explains that saying statements such as “boys will be boys” is part of the problem. He wrote, “I am deeply ashamed of my actions and my inaction. I apologise to every woman who has ever felt uncomfortable or unsafe around me. And I promise, I will try to be a better human being.”

The actor concludes by explaining that this is not a debate about “feminism, sexism, or any other ‘ism'”, but rather about being better human beings.