Societ­y is much more than its existi­ng indivi­duals; it is in its nature infini­te
By Walid Iqbal
Published: April 21, 2018
Tweet Email 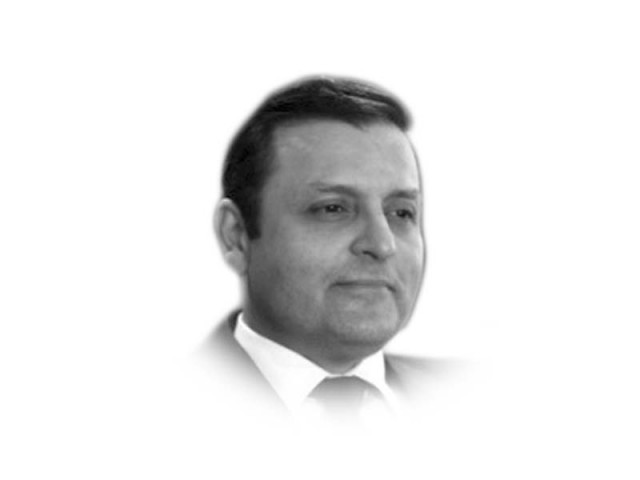 The writer is a Lahore-based lawyer, university lecturer, and political activist

Alongside the prominence Allama Iqbal gives in his works to the concept of individual selfhood or khudi, his writings lay an equal measure of emphasis on the primacy of society. In a lecture delivered at Aligarh in 1910, he posited, “Society is much more than its existing individuals; it is in its nature infinite; it includes within its contents the innumerable unborn generations which, though they ever lie beyond the limits of immediate social vision, must be considered as the most important portion of a living community in the successful group-life it is the future which must always control the present.” He further believes that an ideal society is one that is driven by modern and reconstructed Islamic ideals, and is therefore one that is united, integrated, egalitarian, properly educated, morally emancipated, technically trained, peaceful, and socially democratic.

Iqbal opines that the essence of Islamic monotheism or Tauhid, as a working idea, is human unity, human equality, and human freedom, and that these ideal principles must be transformed into a realisation of definite human organisation. This opinion, that humanity unites in divinity, that humanity attains equality in divinity, that humanity attains freedom in divinity, that if this divinity were denied and disrespected, mankind would be divided and disintegrate, serves as a beacon light towards tolerance, national integration, interfaith harmony, and the dialogue of civilisations in this day and age. From Iqbal’s perspective, “The political ideal of Islam consists in the creation of a people born of a free fusion of all races and nationalities, and the moment our grasp of the Islamic principle is loosened, the solidarity of our community is gone.”

According to Iqbal, while having competent leaders is undoubtedly critical to a society’s progress and endurance, the socio-economic wellbeing of the masses is a matter of paramount importance. He observes that it is the masses that constitute the backbone of the nation; they ought to be better fed, housed, and properly educated. Lamenting on the impoverished state of the lower strata of the Muslim community of his time and in his surrounds, he questions: “Have we ever realised that the duty of our Anjumans and leagues is to work for the elevation of the masses and not to push up the individuals? The most important problem before the Muslim public worker is how to improve the economic conditions of his community.”

Iqbal further believes that a system of proper and well-grounded education could truly bring about a renaissance of thought and action in the Muslim world, an area in which his views, in some senses, build upon, but at times contrast with, the teachings of his reformist predecessor Sir Sayyid Ahmad Khan. While Sir Sayyid Ahmed Khan attempted to push Muslims towards the need to acquire modern education for purposes of social advancement, enabling them to secure government and similar jobs, helping them regain their past status of honour in the Indian society, Iqbal believes that the value of education lies far beyond the sole purpose of securing employability; it is a multi-faceted means of character-building through which a society survives.

In emphasising the key role of education and training towards promoting the economic welfare of the masses, Iqbal is inspired by eighteenth-century Indian reformer Shah Wali’ullah, who believed that a just economic system is an essential part of an ideal society. Being in an era that fell about 150 years after Shah Wali’ullah, and mindful of first the industrial revolution followed by the communist revolution, Iqbal lays stress on technical education as a path towards greater economic prosperity. Iqbal reminded the Muslim public worker of his time, who had concentrated almost exclusively on securing a due share in the government service, that, as a field, its prospects for the production of wealth are extremely limited. It offers prospects of economic elevation only to a few individuals. As the general growth of a community depends largely on its economic independence, one of the most important role of available resources, charitable or otherwise, is to afford opportunities of technical education to the children of our community. To Iqbal, technical education is thus even more important than higher education since he believes the former touches the general economic condition of the masses which form the backbone of a community, but the latter only a few individuals who happen to possess more than average intellectual energy.

Iqbal is of the firm view that an ideal society must also be a peaceful one as he truly believes that “Islam is essentially a religion of peace…” and “…all forms of political and social disturbance are condemned by the Quran in the most uncompromising terms.” He further explains that the ideal of Islam is to secure social peace at any cost as all methods of violent change in society are, to his mind, condemned by Islam in the most unmistakable language. He refers to Tartushi — a Muslim lawyer of Spain — as being quite true to the spirit of Islam when he says: “Forty years of tyranny are better than one hour of anarchy”.

Any discussion of the nature and values of Iqbal’s ideal society would be incomplete until such a society is also declared to be democratic in nature, because, to Iqbal’s mind, democracy “is the most important aspect of Islam regarded as a political ideal.” He also famously wrote to Quaid-e-Azam Mohammad Ali Jinnah in a letter dated May 28, 1937, “For Islam the acceptance of social democracy in some suitable form and consistent with the legal principles of Islam is not a revolution but a return to the original purity of Islam… …Perhaps this is the best reply you can give to the atheistic socialism of Jawahar Lal Nehru.”

Iqbal’s ideas therefore declare with clarity and conviction that an ideal society is one that is driven by modern and reconstructed Islamic principles of human unity, human equality, and human freedom, working under a peaceful, socially democratic system, and the moral, social, political, and economic amelioration of the masses through proper training, education and engagement.

The faith which you represent, he instructs, recognises the worth of the individual, and disciplines him to give away all to the service of God and man. Its possibilities are not yet exhausted. It can still create a new world where the social rank of man is not determined by his caste or colour, or the amount of dividend he earns, but by the kind of life he lives; where the poor tax the rich, where human society is founded not on the equality of stomachs but the equality of spirits, where an untouchable can marry the daughter of a king, where private ownership is a trust and where capital cannot be allowed to accumulate so as to dominate the real producer of wealth. This superb idealism of our faith, he submits, needs emancipation from the medieval fancies of theologians and legists.