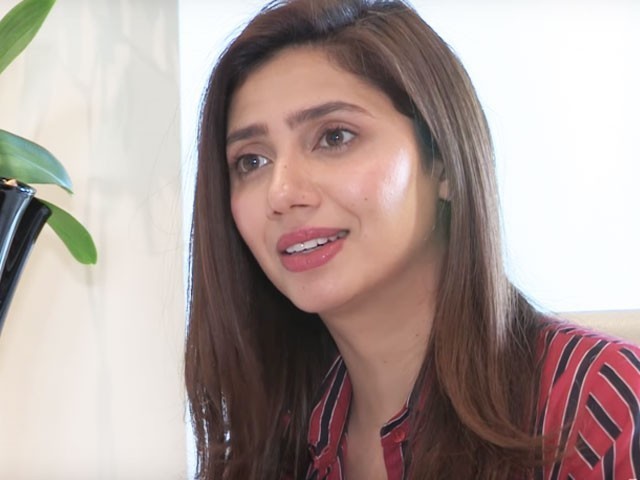 It seems like much of the Pakistani entertainment industry is divided over the Meesha Shafi and Ali Zafar sexual harassment controversy.

Ever since the news first broke on Thursday evening, more and more local celebrities have come forward to pledge their support for either of the two.

Mahira Khan who played the lead in Verna, spoke of the sexual harassment incidents that have been occurring all across the world.

The sick mentality of those commenting on an issue as serious as sexual harassment as casually as they are just shows where the root of this problem exists – in our minds. We will continue to breed harassers for as long as we continue to desensitise this issue.

Actor Nadia Jamil, who is known for speaking up on sensitive issues, mentioned that Ali has always been respectful towards her, however, she also wrote that this was “not about her”.

Ali Zafar has always been v respectful & decent w me. But this is not about me. Its about Meesha Shafi & other women who are sharing their painful experiences w us. Its a brave & difficult thing 4 any mother,woman 2 do. I stand in support, trust & in strength w @itsmeeshashafi ✊

I wld NOT hv had the courage 2 call out sexual harassment of a famous loved celebrity upon me,knowing th amount of trolling hate I wld get thrown my way. I wld hv let it go. @itsmeeshashafi is one hell of a brave woman. Because of women like her more working women are protected

However, Maya Ali who will be seen opposite Ali in the upcoming film, Teefa in Trouble spoke about her time while the two shot in Poland for the film. “I always found him talking to his wife and kids. He would share his good and bad moments with his family. I am not judging anyone nor giving any clarification on anyone’s behalf. I respect Ali and want the truth to come out.”

I’m not here to say who is wrong and who is right or who did what and who didn’t… Let’s say, I haven’t known him for long, but I have been working with him since 1 year, we shot our film in Lahore and then we were all together in Poland to shoot the rest of the film and I never ever got any kind of that vibe from him… I always found him talking to his wife and kids on FaceTime and this made me a fan of him, because he would always share his good and bad moments with his wife and family… When we were on set or in any restaurant with the whole team he would always make sure that he was sharing these moments with her… I am not judging anyone nor giving any clarification on anyone’s behalf, and we can’t judge the one side of a book… I respect this man @ali_zafar and want the truth to come out, until then we shouldn’t judge anyone’s character…

Actor Osman Khalid Butt who is also a close friend of Maya, took to Twitter to address the situation as well. Countless Twitter users have been accusing Meesha of sharing her “fake” story only to gain publicity. Osman spoke how whenever a woman comes forward with her horrible stories of sexual abuse but then the internet makes fun of her by making insensitive jokes.

A woman breaks her silence about abuse, withstands character assassination & further abuse on social media, her story turns into memes & tone-deaf jokes that trivialize the issue, she fears ostracization – but suuuuure, she did it for the cheap publicity. https://t.co/eDeOpXYUox

So much respect for @itsmeeshashafi. I have heard many stories about Ali Zafar, from women who have been harassed by him.
Going to voice my solidarity with @itsmeeshashafi. Lots of love and support! https://t.co/BkF8sMjlH0

Maya Khan also gave her two cents on the matter.

Moreover, Waqar Zaka also took to Twitter and shared that he thinks Meesha’s story was just a publicity stunt.