Let's take a look back at the couple's cinema­tic journe­y togeth­er on their 11th weddin­g annive­rsary
By Entertainment Desk
Published: April 20, 2018
Tweet Email 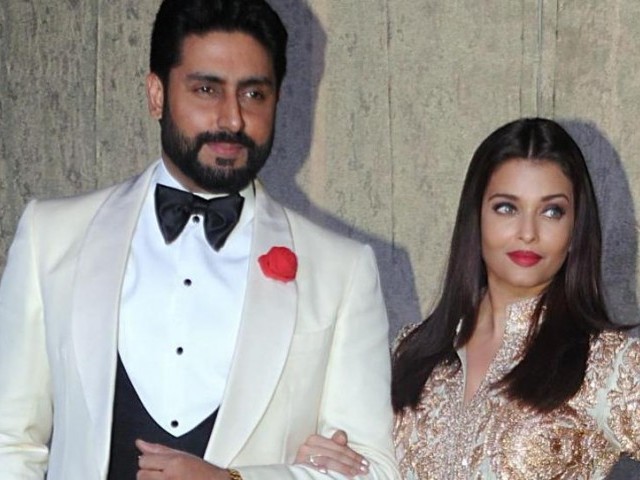 The pair that united in marriage in a lavishly private ceremony back in 2007 is still stronger than ever. On this occasion, let’s take a look back at their cinematic journey together as compiled from The Indian Express.

The first ever film that the two worked together in was the Raj Kanwar directorial  Dhai Akshar Prem Ke. This love story was one of Abhishek’s first films in which Salman Khan had a cameo appearance.

Directed by Rohan Sippy, Kuch Naa Kaho’s plot revolves around Namrata (played by Aishwarya) and how she was abandoned by her own lover (Arbaaz Khan) during pregnancy. The film slowly transforms into the love story of Raj (Abhishek) and Namrata and was appreciated by many.

Although the two featured in this film, Aishwarya was paired opposite Hrithik Roshan and Abhishek was paired opposite Rimi Sen. However, the film has a few scenes where the pair shared screen space. Abhishek plays a cop in the film who plants an agent (Aishwarya) to extract Mr A’s (Hrithik) secrets.

Based on the Urdu novel Umrao Jaan Ada and a remake of the 1981 film with the same name, this JP Dutta film was not loved by many. However, Aishwarya and Abhishek’s performances were widely appreciated by their hardcore fans.

Guru features Abhishek as Gurukant Desai, a character inspired by the life of Dhirubhai Ambani. Aishwarya plays his wife Sujata. This film is special because it released the same year the pair tied the knot.

In this political drama, Abhishek reprised his role of Sarkar’s son Shankar. Aishwarya played Anita who eventually bonds with Shankar over their familial problems. To top it off, this film also starred Amitabh Bachchan.

This Mani Ratnam film shows Abhishek playing Beera, a bandit, and Aishwarya as Ragini, who he kidnaps. Raavan was inspired by the story of Sita getting kidnapped by Raavan in the Hindu epic Ramayan. The film was loved by the audience at the time, especially for its music.