This will reduce the need for govern­ments to provid­e subsid­ies
By Press Release
Published: April 19, 2018
Tweet Email 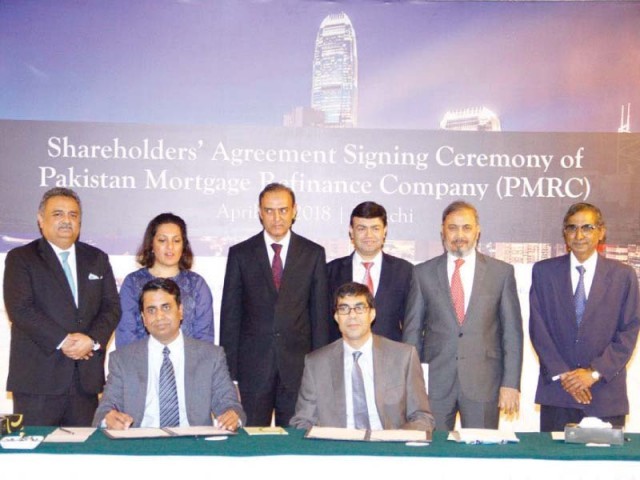 KARACHI: National Bank of Pakistan President and CEO Saeed Ahmad reaffirmed the commitment of NBP to grow and develop housing sector financing in Pakistan. He was speaking at the signing ceremony of shareholders’ agreement of “Pakistan Mortgage Refinance Company” (PMRC), at a local hotel in Karachi, on Saturday, April 14. In his speech, Ahmad said that the lack of proper housing for low income citizens may lead to serious social, economic and law and order issues. Out of a shortage of 10 million housing units in the country, 80-90% is estimated to be for lower income groups, and affordable housing was therefore a critical need. He said that solutions to the housing shortfall require authorities to give serious thought to creating the kind of institutional infrastructure that would help address the problem. The launch of the PMRC is, he added, a vital step in this direction, but of course further building blocks need to be put in place, including measures to bring the construction industry into the formal sector and to eliminate legal and regulatory obstacles to the provision of low cost housing. This will reduce the need for governments (federal as well as provincial) to provide subsidies from their limited resources.