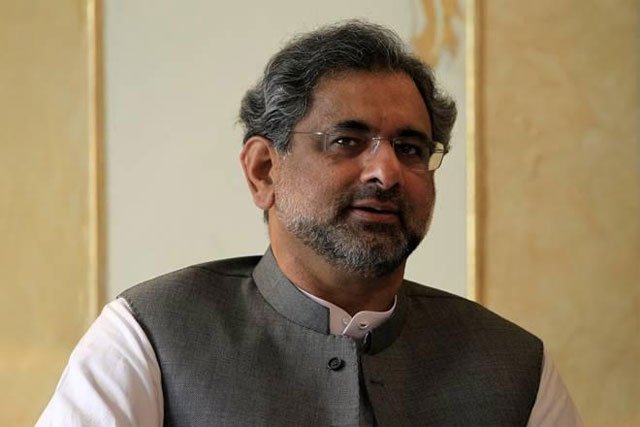 ISLAMABAD: Federal Board of Revenue Chairman Tariq Pasha has offered to bow out after Prime Minister Shahid Khaqan Abbasi did not accept his proposal to lower next fiscal year’s proposed tax collection target to Rs4.3 trillion, said sources in PM’s Office.

The finance ministry proposed a tax collection target of Rs4.435 trillion for the FBR for fiscal year 2018-19, starting from July, which the federal cabinet has endorsed.

Historically, chairmen of the FBR would accept the government’s approved tax collection targets at the start of the fiscal year but would not deliver during the course of the year.

Pasha, who was appointed as FBR chairman in July last year, kept on insisting that the target be set at Rs4.3 trillion – about Rs135 billion less than PM’s desire, the sources said. Pasha is said to have informed the PM that the macroeconomic conditions and other factors including reduction in income tax rates for individuals would make it impossible to achieve the Rs4.435 trillion.

Pasha did not respond to a request to comment on the issue.

While Pasha was seeking reduction in his tax collection target, Planning Secretary Shoaib Siddiqui kept pushing his case for increase in federal development budget from finance ministry proposed Rs750 billion to Rs1.3 trillion, said the officials. Although Pasha could not get his target cut, Siddiqui won a bonanza of Rs50 billion and PM increased the budget to Rs800 billion, the sources said.

However, the prime minister was of the view that without increase in revenue collection the government cannot spend on development by simply borrowing. The premier asked Pasha to go after an ambitious tax collection target, the sources said.

The revenue collection target is not the only issue where the FBR differs with the PM’s Office. Earlier, the FBR was also not happy with the prime minister’s decision to drastically cut the income tax rates for individuals and increase in the income tax exemption threshold by three-fold.

The premier’s decision to reduce the tax rates from 35% to 15% and increase the income tax exemption threshold from Rs400,000 to Rs1.2 million has forced the FBR to come out of its comfort zone and make some real efforts to broaden the tax base. The majority of the current 1.260 million income tax return filers are the salaried persons. The premier’s decision to enhance the exemption base would erase 522,000 persons from the FBR’s tax base.

Even the Rs4.435 trillion tax collection target is not very ambitious, as it is only 10.5% or Rs422 billion higher than the original FBR target of Rs4.013 trillion approved for the outgoing fiscal year. The 10.5% ratio is even lower than the nominal Gross Domestic Product rate of 12.2% for the next fiscal year 2018-19. The government has set GDP growth target at 6.2% and inflation at 6%.

However, the FBR’s outgoing fiscal year’s target has also been lowered by Rs78 billion to Rs3.935 trillion due to its failure to achieve the targets. Yet, at the revised target of Rs3.395 trillion, the FBR will have to collect only Rs500 billion additional next year, which is 12.7% higher.