The two-day festiv­al ends with a ray of hope for aspiri­ng junior scient­ists
By News Desk
Published: April 18, 2018
Tweet Email 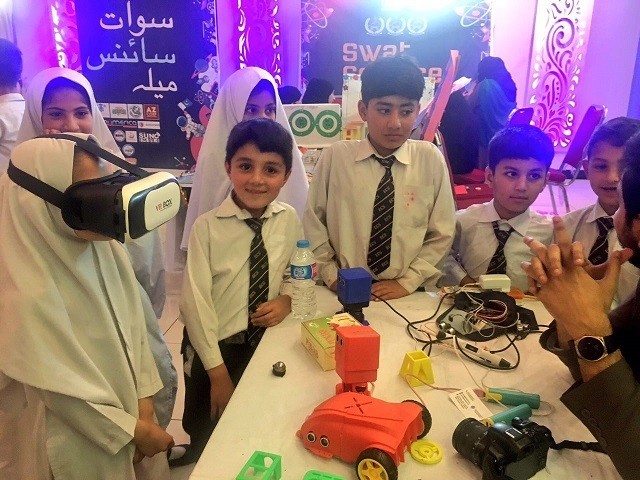 The two-day festival ends with a ray of hope for aspiring junior scientists. PHOTO: ALIF AILAN

More than 13,500 students from over 100 government schools and science enthusiasts were enthralled by the creative talent at display as the two-day Swat Science Festival ended at the Khadee Hall in Saidu Sharif on Wednesday.

Being the largest science festival held for students in Swat, the festival is a shining example for district governments across Pakistan who can replicate this model in their regions, said an official statement issued on conclusion of the two-day event.

Students from all over Swat district participated in the festival, setting up over 150 stalls to showcase their creative exhibits on different themes and aspects of science. Many students had designed their models based on solutions required to fix Swat’s urgent problems such as road infrastructure, electricity supply and water management. 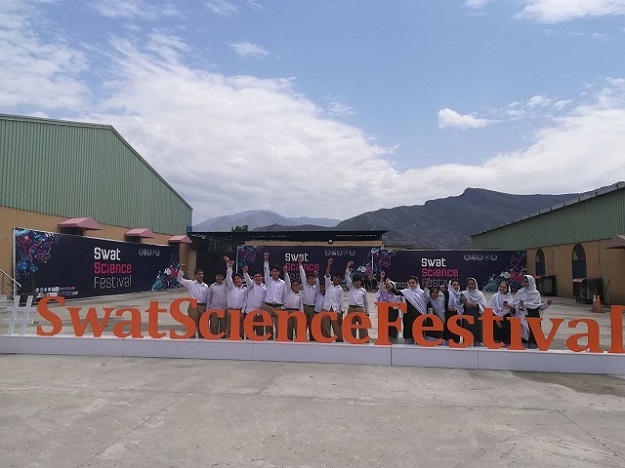 This was a clear indication of the interest children of Swat have to use everyday science to take care of issues in the development of their cities.

The youngest Nobel laureate and global activist for girls’ education, Malala Yousafzai also showed keen interest in the event. She took to Twitter telling the world how proud she was of the girls of her hometown for participating in the education festival.

The events such as Swat festival are vital to familiarise school administrations, teachers and students with unique ways to teach and understand basic science concepts in an interesting and engaging manner especially in rural areas of the country.

Additional Deputy Commissioner General of Faisalabad Khalid Farooka also attended the festival and met his counterparts in Swat to discuss inter-provincial coordination and best practices for upcoming Faisalabad Science Festival in May. 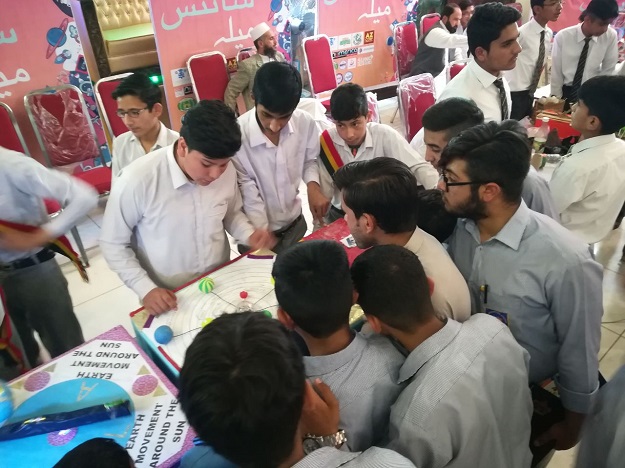 During the closing ceremony, former MPA Bushra Gohar emphasised on the need for local administrators to invest more in STEM education, especially for girls and encouraged teachers and providers to help children explore various dimensions of science so that the solutions and models they presented at the forum could be practically implemented.

Dr Jawad Iqbal of Udhyaana requested the government to provide teachers with the latest digital tools and training to help them improve their science instruction in classes, and work on updating the content in school syllabi so Swat’s children are able to compete at international education forums. 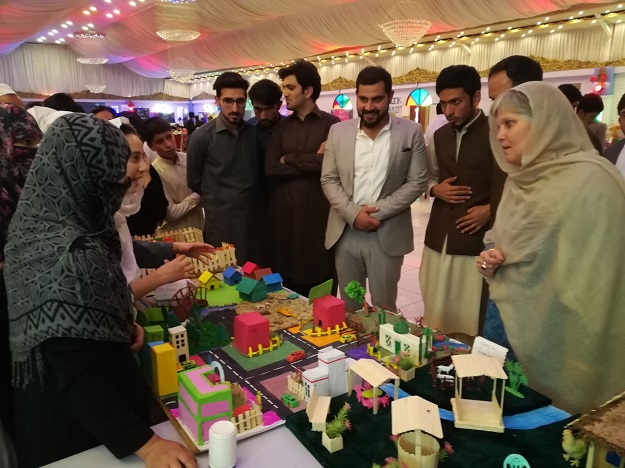 Deputy Commissioner Swat Shahid Mehmood announced to establish science labs in all government schools of Swat and promised to arrange science festivals of this scale every year.