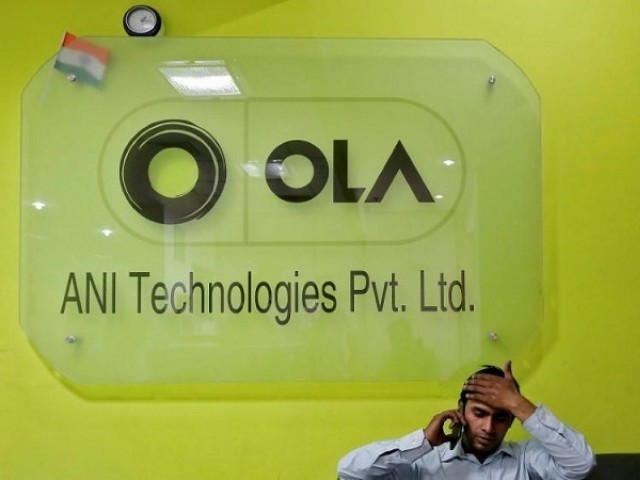 An employee speaks over his phone as he sits at the front desk inside the office of Ola cab service in Gurugram, previously known as Gurgaon, on the outskirts of New Delhi, India, April 20, 2016. PHOTO: REUTERS

NEW DELHI: Indian ride-hailing firm Ola, backed by Japan’s SoftBank, said it will add 10,000 electric three-wheelers to its fleet over the next 12 months as part of a plan to promote the use of electric vehicles.

Ola plans to have 1 million electric vehicles on offer by 2021, it said in a statement, adding that it will work with various state governments, vehicle manufacturers and battery companies to meet its target.

Prime Minister Narendra Modi’s government is determined to promote electric vehicle use, starting with public transport and taxis, to combat rising pollution and reduce the nation’s dependence on imported oil. India has also set a target to make all new vehicles electric by 2030.

Ola, which operates in 110 Indian cities and has over a million driver partners, said the electric three-wheelers will be introduced in three cities but did not name them.

Three-wheelers are commonly used, especially in smaller cities, but electric variants were introduced only a couple of years ago.

Ola did not say which manufacturers would provide the three-wheelers or whether it would be the company making the purchases or whether the vehicles would be driver-owned. It also did not provide details of when it planned to introduce electric cars.

Last May, Ola launched a pilot project to test a fleet of electric vehicles in the Western city of Nagpur. But its drivers, unhappy with long wait times at charging stations and high operating expenses, said they want to return the cars.

“The EV (electric vehicle) program in Nagpur has provided Ola with significant insights into effectively managing vehicles, batteries, and operations,” the company said in the statement on Monday. It added that it plans to continue exploring ways to optimize batteries and charging.

Electric car sales in India, one of the world’s fastest-growing auto markets, made up less than 0.1 per cent of annual sales of more than 3 million passenger cars. They are expensive and the infrastructure to charge the vehicles is inadequate.