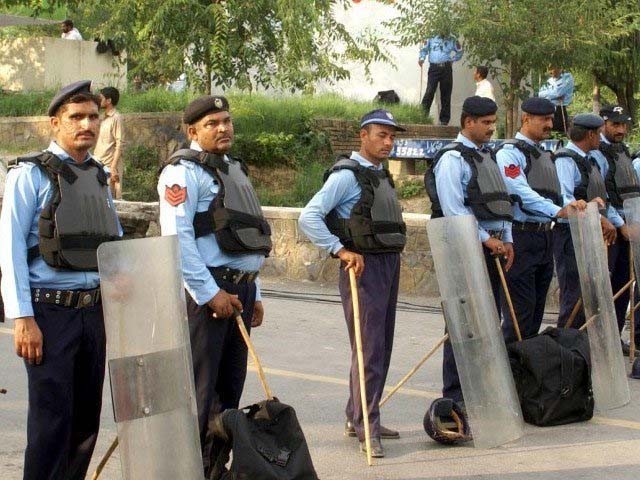 Protest was staged outside the apex court premises on April 13 against Nawaz's disqualification. PHOTO: FILE

ISLAMABAD: A case has been registered over a protest staged last week by the Pakistan Muslim League-Nawaz (PML-N) workers against the disqualification of former prime minister Nawaz Sharif outside the Supreme Court.

The party supporters, mostly women, protested and chanted slogans against the apex court verdict on the Constitution Avenue on April 13.

The police sprung into action and registered a case against the protesters on April 15.

Tehseen Fawad, PML-N member of Punjab assembly from Rawalpindi, has been named in the FIR along with three local party leaders and 20-25 unnamed protesters.

According to police, protesters chanted slogans against Chief Justice of Pakistan Mian Saqib Nisar in the parking area of the Supreme Court and also briefly blocked the road, but they dispersed when an assistant commissioner told them to do so.

Protest outside SC: Insult of judiciary not to be tolerated, says CJP

SP Iqbal has been directed to report to the IGP office.

On Monday, the top judge expressed displeasure over the protest by female workers of the ruing party outside the Supreme Court, saying that defamation of judiciary will not be tolerated at any cost.

“We are showing patience and ignoring many things but defamation of judiciary will not be tolerated,” the CJP said while heading a case about the appointment of Pakistan Electronic Media Regulatory Authority (Pemra) chairman in line with the media commission’s recommendation.

In the FIR, PML-N workers have been booked for insulting the judiciary, road block and unlawful assembly.