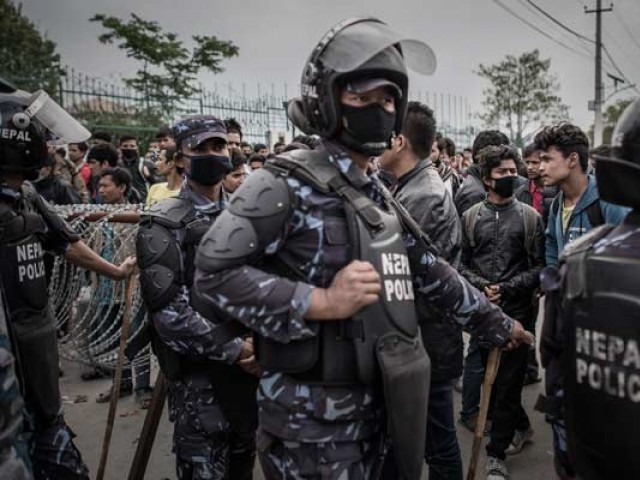 KATHMANDU: A bomb that exploded outside an Indian diplomatic post in southern Nepal caused damage and drew attention for being a rare attack on a foreign mission, officials said.

The homemade device went off late Monday at Biratnagar, 200 kilometres (125 miles) southeast of Kathmandu and close to the Indian border.

“There were no injuries in the pressure-cooker bomb blast, but the wall suffered some minor damage. We are investigating,” senior district police official Arun Kumar told AFP.

Police suspect involvement of a Maoist splinter group which had called a strike in the area, but no one has claimed responsibility for the explosion.

“No one has been injured in the incident. Our embassy in Kathmandu is in touch with the government of Nepal. The security authorities in Nepal are investigating the matter,” said a statement from an Indian foreign ministry spokesperson.

Nepal’s relationship with India – which is often accused of acting as a “big brother” to its smaller impoverished neighbour – soured after a months-long border blockade in 2015 by ethnic minority protesters over a controversial new constitution.

Kathmandu accused India of imposing an “unofficial blockade” on the landlocked nation in support of the protesting group, who share close cultural, linguistic and family links with Indians across the border.

Nepal is heavily dependent on India for fuel and other supplies.