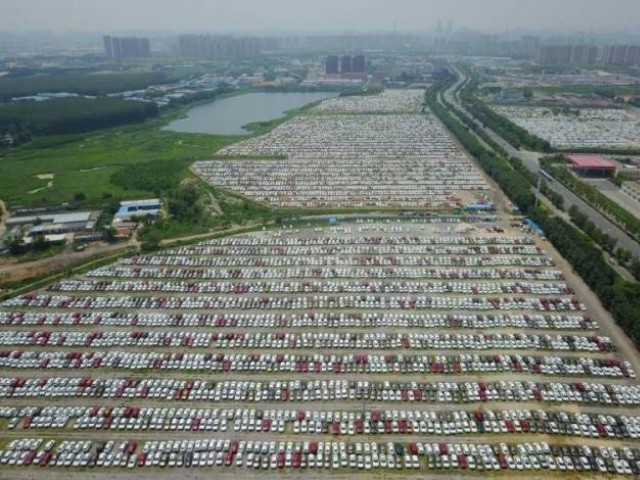 The move will be followed by commercial vehicles in 2020 and passenger cars in 2022. PHOTO: AFP

BEIJING: China announced a timeline for lifting ownership limits on foreign automakers Tuesday, meeting a longtime demand of the United States and other countries seeking better access for their companies in the world’s biggest car market.

The country will end shareholding limits for new energy vehicle firms such as those that produce electric cars this year, according to the National Development and Reform Commission (NRDC).

The move will be followed by commercial vehicles in 2020 and passenger cars in 2022, when it will also do away with the restrictions limiting foreign automakers to two joint venture partners, the NRDC said in a statement.

German minister to carmakers: Invest in electric cars or lose out

“After a five-year transition period, the auto sector will lift all restrictions,” the NRDC said.

Xi’s announcement was among a raft of measures that were seen as potential concessions to US President Donald Trump as they face a potential trade war.

The NDRC also said the shipbuilding industry will do away this year with foreign ownership restrictions for firms designing, making and repairing vessels.

The NDRC will also lift restrictions on foreign ownership of aircraft manufacturing firms this year, the agency said.

The new list will include the already announced opening of the financial services and auto sectors, and expand to include further opening for the energy, resources, infrastructure, transportation, and other sectors, the NRDC announcement said.