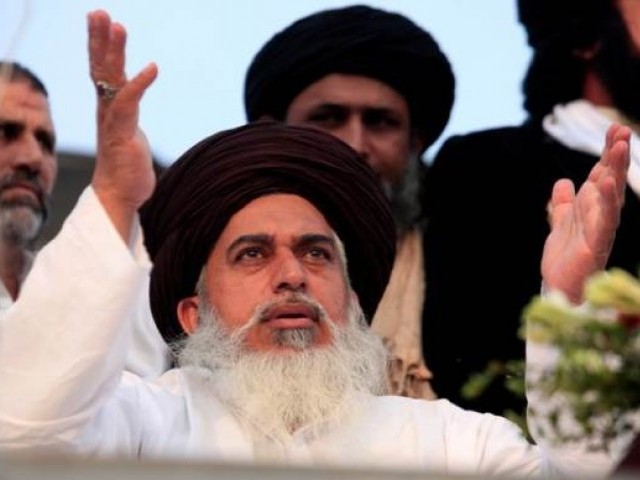 ISLAMABAD: An anti-terrorism court on Monday shelved cases lodged against Khadim Hussain Rizvi and others pertaining to the Faizabad sit-in.

As Judge Shahrukh Arjumand resumed hearing of the case, police submitted an application informing the court that the department was carrying out fresh investigation, requesting court to halt proceedings until a final report was submitted.

When questioned by the court, prosecutor revealed that a “fresh investigation has been ordered by superior authorities” to bring “true facts” on record.

Accepting the prosecutor’s plea, the court adjourned the hearing in the cases lodged against Rizvi for an indefinite period.

Rizvi’s TLP ended the demonstrations after reaching an agreement with the provincial government – which accepted all six demands put forth by the protesters.

In November 2017, TLYR had blocked Faizabad, the main interchange linking the capital with Rawalpindi and the south of the country, for three weeks resulting in loss of lives, injuries and economic loss. The blockade only ended after the government, with the help of the Army, entered into an agreement with Rizvi, acquiescing to five of his demands. 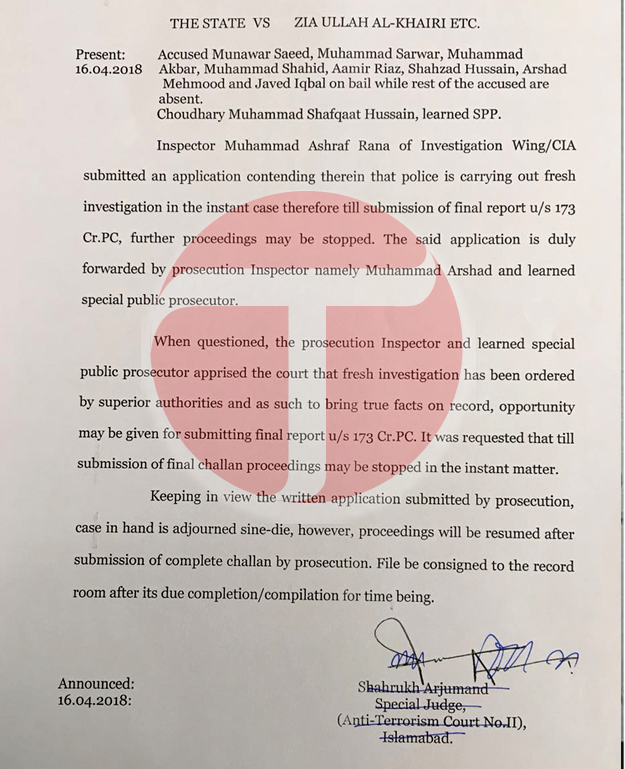