One needs to remind the establ­ishmen­t that the army should rewrit­e its ‘social contra­ct’ with the nation.
By Ayesha Siddiqa
Published: May 15, 2011
Tweet Email 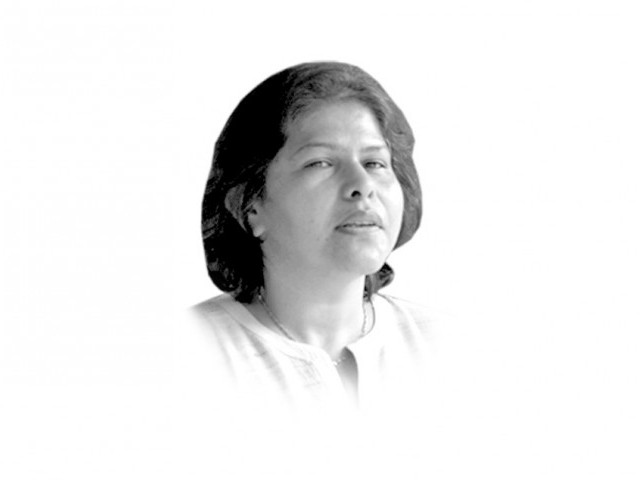 Mian Nawaz Sharif is right on the dot in asking for an independent inquiry into the Abbottabad affair. His press conference is a timely response to arguments made by some, for instance, one military-client-turned-diplomat, according to whom the incident indicates a ‘system failure’ in Pakistan. Notwithstanding, the fact that such a statement was made to cover up the failure of just one organisation, the military must be made accountable as far as its primary job is concerned. Nawaz Sharif is right in demanding answers and a neutral inquiry, though such investigation should be conducted not just by the judiciary but by select judges and members of the civil society as well.

But let us not be too hopeful regarding what might happen. Nawaz Sharif and his party have made this demand at a time when they are politically isolated. The religious parties will not join in his protest and the other two parties — PML-Q and MQM — are friends of the establishment. Imran Khan, the army’s new friend, would also hate to join the Sharifs.

Surely, some members of Mian Nawaz Sharif’s party might be twiddling their thumbs at the party leader’s statements, as they know that such a demand will not make them popular with their right-wing-militant types. Also, the PML-N and the PPP’s relations are too sour for the latter to trust the former. The PPP is more concerned about the passing of the budget and the senate elections next year, thus being more interested in surviving than joining ranks with the Sharifs, who were earlier seen as letting down the ruling party.

In short, the military’s accountability is a non-starter. In any case, there are too many rent-a-crowd processions and posters in Islamabad that may discourage the ruling party from pushing Lt-General Ahmed Shuja Pasha too hard. The establishment is busy reinventing itself, including by sending SMSs reminding people of the army’s great sacrifices and it being backstabbed (to be read between lines) by the US. The support from the ruling coalition definitely adds to this process of reinvention, as the military along with its several civilian partners has raised the ante for anyone asking genuine questions regarding its lacklustre performance.

Perhaps it is difficult to do so, but if there was a way, one would want to remind the establishment that it is now necessary for the army to rewrite its ‘social contract’ with the nation. I am reminded of a management workshop the navy had once held in which a member asked who the navy considered its stakeholder. While some identified the president and prime minister, others named the ministry of defence and even the ministry of finance. But no one said or identified the people of Pakistan. The security apparatus of a state becomes more logical once it is better connected with the people, and genuinely so.

The South African state undertook an experiment of redefining its security needs in view of what people wanted after the end of the apartheid regime. The government identified stakeholders including the common people who were asked to present their views in a commission set up on the pattern of the ‘truth and reconciliation’ commission. People generally did not demand that the military be scrapped but they identified threats and expressed a desire for better security. This then resulted in the government revamping the security structure, rewriting the mission statement and revising the size and structure of the armed forces to make it more responsive to the people of South Africa.

Surely, some of the comments put forward to Lt-General Pasha made him extremely uncomfortable to the point where he reportedly asked that he not be treated as an enemy. But the members of parliament did not treat him as such. Any individual and citizen would, and has a right to question the professional credibility of an organisation which dominates the state and society politically, economically and intellectually, and takes upon itself un-mandated tasks. The constant manipulation of politics and society is not professionally beneficial for the state, its people, or even for its security establishment.

We need a neutral inquiry followed by a restructuring of the security establishment. Without such changes we know that General Pasha’s submission to parliament is nothing but a face-saver. This is not a time for games but for real change. It’s not just the politicians but the military that must change as well. As for the politicians, they must know that militant nationalism produces the same results as militancy.

The GHQ has got it wrong!