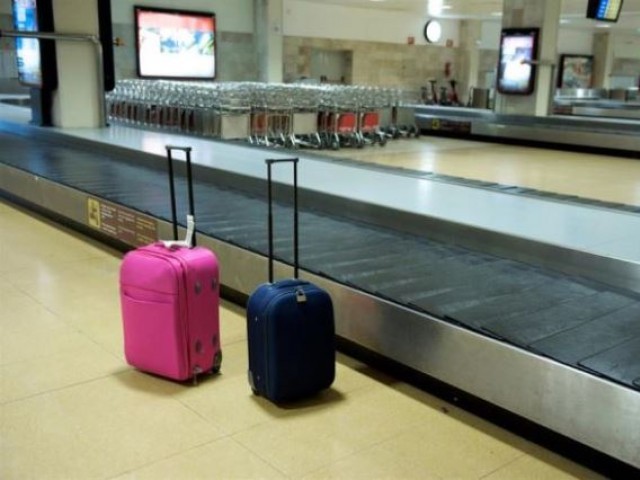 The woman was fined for damaging the airport's freight transportation system. PHOTO: AFP

MOSCOW: A passenger collecting luggage at a Moscow airport slipped as she reached for her dog carrier and was accidentally swept away on the baggage carousel, local media reported Sunday.

The passenger, a woman in her late 50s, flew into Moscow’s Sheremetyevo airport from Belgrade on Saturday.

Dog destined for Kansas flown to Japan via United Airlines

“She was waiting to collect her luggage by the baggage carousel when she saw a pet carrier with her dog and reached for it,” a transport police spokesperson told Moskva news agency.

“Apparently losing her balance, she fell onto the conveyor belt and was carried away to the luggage room.”

Portuguese pilot held after being found drunk in cockpit

The woman was fined for damaging the airport’s freight transportation system — which carries a maximum fine of 1,500 rubles, police said. Transport police could not immediately be reached for comment.