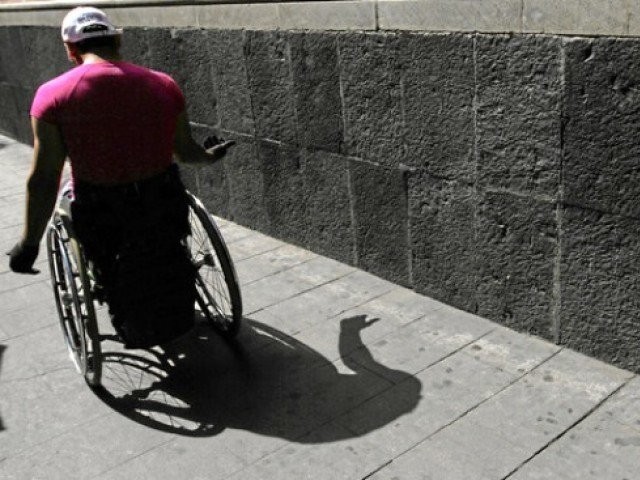 PESHAWAR: The war on terror left a large number of people disabled for life. But a government department, responsible for the welfare of the specially-abled, has started providing them with ‘disability certificates’ making them eligible for special job quotas and other related support.

The Khyber Pakhtunkhwa (K-P) Department for Social Welfare has so far registered 139,000 people in the province who are specially abled.

The project is twin-pronged: to determine the actual number of specially-abled people in the province and to support these people.

The department says that of the people registered with them, 34,628 are women and 37,900 are children.

The showed that most people with disabilities lived in the Malakand division, where the district social welfare department had registered 16,700 people. It was followed by Peshawar and Dir Lower where 11,593 and 11,264 people were registered with the department. Swabi was fourth with 10,464 registrations and 9,672 in Battagram.

According to officials of the department, a large number of people with different disabilities lack access to opportunities such as jobs, provision of medical facilities, and assistance for those who cannot walk, talk or hear.

‘No help for one of world’s largest disabled populations’

“We have a number of different aid organizations who are willing to provide a large chunk of aid for these people. But to avail them, these people must come forward,” a social welfare official said.

The official, who refused to disclose their identity since the official was not entitled to speak to the media, stated that the registration process for people with different disabilities had first started in 1991.

“Yes, we have over 100,000 people registered with the department and this gives us an opportunity to help them with their treatment and, above all, for a job on seats allocated for people with different disabilities,” said Liaqat, an assistant director at the Social Welfare Department, told The Express Tribune.

He stated that some people, who could be treated, were sent to paraplegic centres, while others were referred for physiotherapy. Moreover, they also helped provide need-based assistance adding those who were handed jobs under the two per cent quota reserved for people with disabilities also go through an internal competition.

“Yes, the topper [during internal competition] is prioritized [for quota jobs],” Liaqat said, adding that anyone who did not have a disability certificate from the department could not submit their application for vacant quota seats.