Nawaz does not need formal office to serve nation: Shehbaz

Nawaz does not need formal office to serve nation: Shehbaz 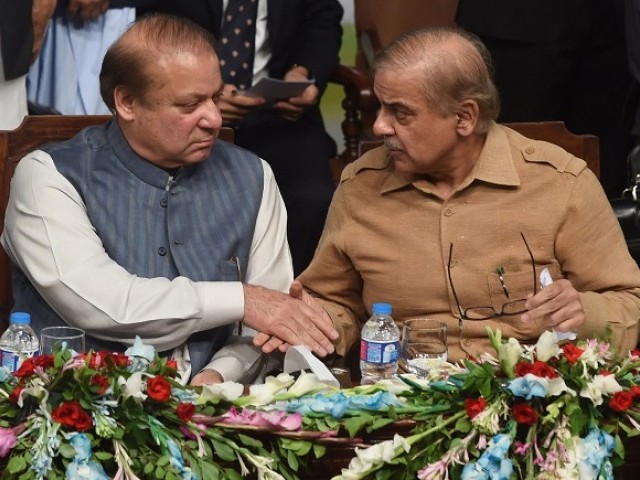 LAHORE: Following the Supreme Court’s (SC) landmark judgment on Article 62 on Friday, Punjab Chief Minister and President of Pakistan Muslim League-N Shehbaz Sharif said that today was the day of trial and tribulation for Pakistan when a national leader who served the thrice as the prime minister and made the defence impregnable was stopped from serving the country by a court judgment.

Today is a day of test for the nation when a judicial decision has barred a popular national leader from serving the county who made it a nuclear power and who has the distinct honor of being elected Prime Minister thrice.

“Nawaz Sharif is not the name of a person,” he continued. “Rather he represents a philosophy and an ideology of public service, supremacy of constitution and respect of vote.”

He further said that leaders like Nawaz Sharif do not require any traditional rank or position to guide and serve the political party as well as the people of Pakistan.

Nawaz Sharif is not the name of a person. Rather he represents a philosophy and an ideology of public service, supremacy of constitution and respect of vote. A leader like him does not need any formal office to continue guiding his party & serving his people. https://t.co/bSnQsDaV7B

CM Shehbaz stressed that the party believed in the supremacy of law and the neutrality of its arbiters despite the judicial verdict, the PML-N will continue to be the largest political party under the guidance of Nawaz.

We have always believed in the supremacy of law and the neutrality of its arbiters. Despite the judicial verdict, PML-N will continue to be the largest political party of the country under the guidance of Nawaz Sharif.

Reacting to the top court’s verdict in Article 62, Minister of State for Information and Broadcasting Marriyum Aurangzeb said the decision was made by the same ‘namaloom log’ who wanted to decide the fate of democratically elected leaders.

Aurangzeb stressed that the case Nawaz Sharif was initially disqualified over has not been proven yet either. She added that democratically elected a prime minister has been disqualified for life despite no conclusion in the on-going corruption cases against him.

This is a similar verdict to that led to the hanging of Pakistan Peoples Party (PPP) founder Zulfiqar Ali Bhutto, she said. “The minus-one slogan of 80s, 90s is being echoed again. Pakistan’s media, civil society and the nation should stay alert.”

Article 62: Disqualification is for life, rules SC in historic verdict

The PML-N leader said the “identities of the 40 members who wrote the Joint Investigation Team (JIT) report has not been released. The top court has not specified how an investigation can be conducted on a Whatsapp call or how the picture of Hussain Nawaz was released.

“A democratically prime minister has been barred from politics but a leader elected by the nation can only be disqualified by the nation. Nawaz resides in the hearts of the people,” she added.

Recalling the verdict pertaining to the hijacking of former dictator General Pervez Musharraf’s plane in 1999, she said the Article 62 verdict echoed the same sentiment.

Maiza Hameed also took to Twitter to react on the judgment. “The easiest way to get rid of your political opposition: get them disqualified through an appeal, no need for a trial or to contest election. Clear your path by getting them disqualified for life.”

Earlier in the day, a historical verdict was announced by the Supreme Court ruling that disqualification under Article 62(1)(f) of the Constitution is for life.

Justice Umar Ata Bandial read the verdict, unanimously endorsed by the five-member bench, which stated that permanent disqualification is neither arbitrary nor unjust nor unreasonable; it is ample, the bench remarked.

The five-member bench observed that such a restriction is fair in a democratic setup. As a result, former prime minister Nawaz Sharif and former secretary general of Pakistan Tehreek-e-Insaf (PTI) Jahangir Tareen are disqualified from holding public office for life.