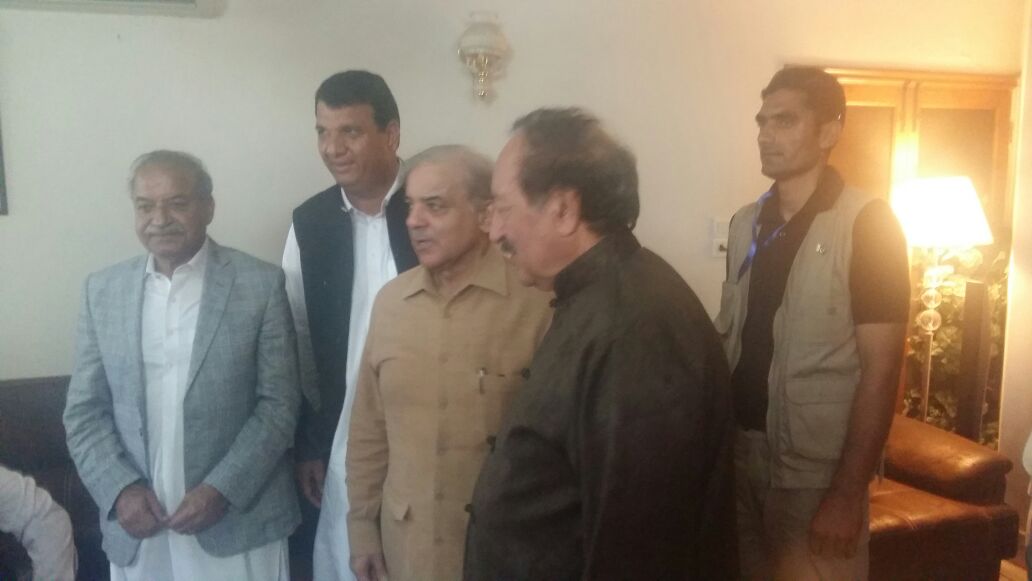 PESHAWAR: Punjab Chief Minister Shehbaz Sharif claimed that the Pakistan Tehreek-e-Insaf’s politics is primed on sit-ins and civil disobedience which is a recipe for economic disaster, while speaking at a party workers rally in Peshawar on Wednesday, Express News reported.

“In the same way that Lahore and Punjab is my province, in the same way Peshawar and Khyber-Pakhtunkhwa [K-P] is also my home,” Shehbaz said.

He added that being the president of the party is a big challenge.

“But Nawaz was, is and always will be the leader of the party,” CM reiterated.

“Where is the ‘Naya Pakistan’ Imran had promised in K-P, there is no infrastructure, health, or education upgradation that I can see,” he claimed.

“Upon entering the city, instead of the metro bus project I only saw empty ditches,” he said.

“He [Imran] lashed out at us when we rolled out the Metro project in Lahore but has now himself followed suit,” he said.

“I know how difficult the daily commute is for the people of Peshawar,” he claimed.

“When there was a dengue outbreak in this city Imran went up in the mountains instead of trying to help those who gave him the mandate in the polls,” he said.

Shehbaz claimed that the billion tree plantation initiative is also a sham.

“The main difference between the PTI and our party is that we always follow through with our promises,” Shehbaz said.