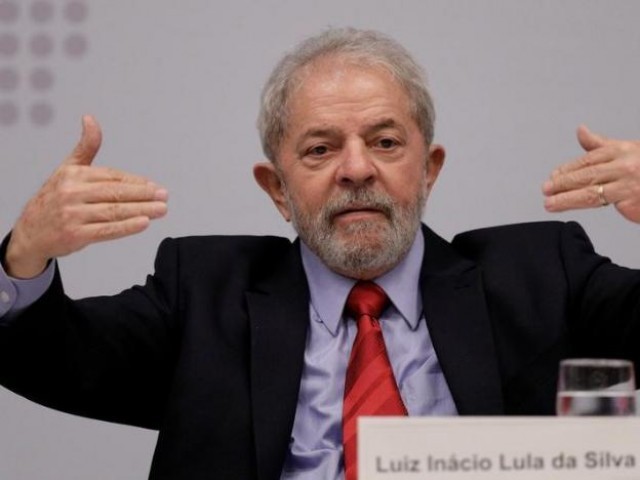 BRASíLIA: A justice on Brazil’s Supreme Court on Tuesday ordered a delay until next week of a debate on changing a law that could, if passed, lead to the imminent release of recently jailed ex-president Luiz Inacio Lula da Silva.

The debate had been due to take place Wednesday, but Justice Marco Aurelio accepted a request by the tiny, right-wing PEN party, which originally petitioned the legal change, for a delay of five days.

PEN said it had just changed its lawyer and that the new lawyer needed time to review the case.

The postponement gives the Supreme Court breathing space ahead of what could be a momentous case.

Currently, the law says that anyone convicted of a crime should serve their sentence after losing an initial appeal. Under the change petitioned by PEN, people would be allowed to remain at liberty until exhausting all appeals at higher courts.

This would apply to Lula, who was imprisoned on Saturday to start serving a 12-year sentence for corruption, having lost his first appeal in January. If the law were changed he would likely be released and allowed to stay free while pursuing further appeals.

The change would also apply to many others currently behind bars.

PEN filed the petition back in 2016. The hard-right party had a change of heart this week, even trying to withdraw its petition, when it became clear that if successful the petition would benefit Lula, the main leader of Brazil’s left.

To supporters of the current law, prison after a first appeal is needed to prevent the rich and powerful from playing the courts and avoiding prison for months or even years.

Supporters of changing the law say that presumption of innocence doesn’t end until the appeals process also ends.

The legal argument has become a central part of the political drama shaking Brazil six months before elections.