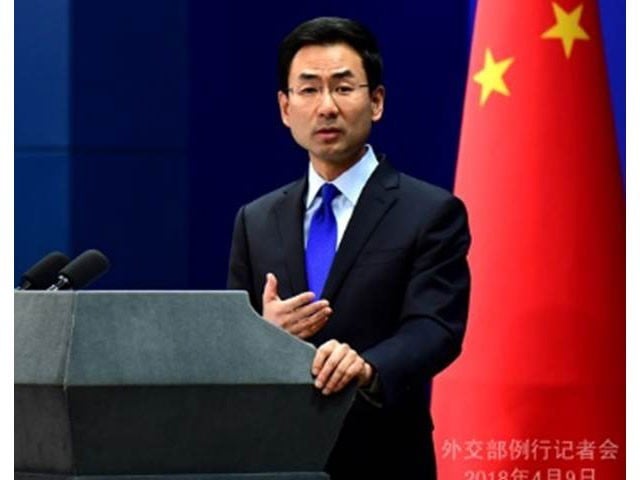 In his first visit to Kabul last week, Prime Minister Shahid Khaqan Abbasi agreed on achieving the common aim of regional security through connectivity during a meeting with Afghan President Ashraf Ghani. He also extended an invitation to Ghani to visit Pakistan.

“Pakistani Prime Minister Abbasi’s visit to Afghanistan constitutes an important step forward by the two countries towards the improvement of their relations, showcasing their sincere will for and firm confidence in dialogue and cooperation,” Geng Shuang was quoted as saying during the recent press briefing.

“We noted that the two countries reached many consensuses, including on the Afghanistan-Pakistan Action Plan for Peace and Solidarity (APAPPS), advancing the Afghan reconciliation process and enhancing regional connectivity,” he added.

China, the spokesperson maintained, highly commends and firmly supports this and believes it will be conducive to creating enabling environment for early realisation of peace in Afghanistan and upholding peace and stability of the two countries and this region.

Shuang further said that as a neighbour and friend to both Pakistan and Afghanistan, China stands ready to continue to play a constructive role in improving their relations and promoting cooperation among the three countries.

Earlier during the morning, PM Abbasi reached China in connection with addressing the Boao Forum Annual Conference for Asia as a keynote speaker. According to the Foreign Office, the conclave has been organised on the theme of an open and innovative Asia for a world of greater prosperity.