Tech group urges US to recruit allies to take on China

Tech group urges US to recruit allies to take on China 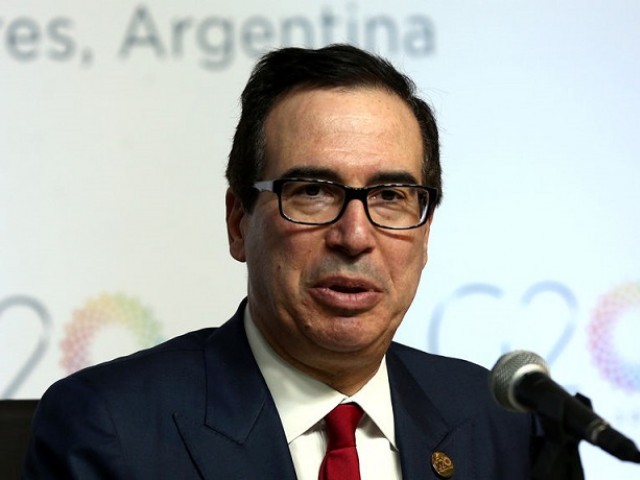 The Information Technology Industry Council said in a letter to Mnuchin that it supports the Trump administration’s “Section 301” investigation into China’s abuses of intellectual property, but instead of tariffs, it advocates a US-led international coalition to put pressure on Beijing.

“Our opposition to tariffs is pragmatic. Tariffs do not work,” wrote ITIC President and CEO Dean Garfield.

“Instead of tariffs, we strongly encourage the administration to build an international coalition that can challenge China at the World Trade Organization and beyond,” Garfield added.

“Numerous countries share the United States’ concerns about China and its unfair trade practices. The United States is uniquely well-situated to lead that coalition.”

Garfield called for such a coalition of allies to quickly travel to China to negotiate terms for a “balanced, fair, and reciprocal trade relationship.”

The group, which counts information technology hardware, software, services and social media companies from Apple to Twitter, did not make any reference to the Treasury’s forthcoming investment restrictions on Chinese acquisitions of US technology firms.

The restrictions are part of the remedies proposed under the US Trade Representative’s Section 301 investigation, which alleges that China has misappropriated US intellectual property through joint venture requirements that effectively force technology transfer, the use of state funds to acquire US technology companies and other means.

US tech companies to limit China access to technology

President Donald Trump on Sunday predicted that China would take down its trade barriers, expressing optimism despite the escalating tariff threats between the world’s two largest economies that have roiled global markets.

ITIC said that it believed China had abused the privileges of its membership in the WTO.

“China has promised open and fair trade, but has instead promulgated rules, regulations, and practices aimed at encumbering non-Chinese companies,” Garfield wrote.

“This current approach cannot be sustained.”

Xiaomi pushing for smartphone component suppliers to invest in India