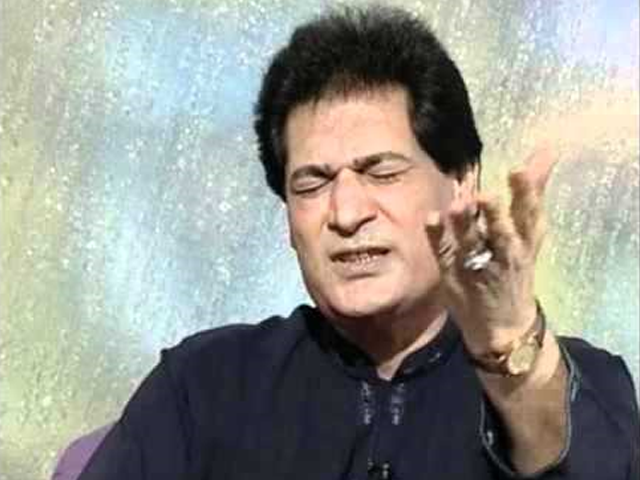 LAHORE  : Today marks the 11th death anniversary of renowned classical ghazal singer Ustad Asad Amanat Ali. In this connection, a ceremony will be held in Lahore on Sunday, wherein renowned singers of the Patiala music family will have a chance to pay their respects.

Asad, who was born on September 25, 1955, passed away on April 8, 2007, in London, England due to cardiac arrest. He was amongst the most famous classical singers to come out of Pakistan and the son of legendary singer Ustad Amanat Ali Khan and great grandchild to Ustad Ali Baksh who was the founder of the Patiala gharana. Asad’s other grandfather Akhtar Hussain was also a famous musician.

Amanat Ali died in 1974, when Asad was only 19 years old. After his death, his uncle Bade Fateh Ali Khan took it upon himself to teach Asad the basics of music and train him in classical singing.

“Asad’s sudden death came as a shock to everyone and was a big loss for the whole country, especially for the Patiala gharana,” his uncle Ustad Hamid Ali Khan told The Express Tribune. “We had been singing together since the beginning of his career. He had a beautiful voice and people always appreciated his work.”

The musician recorded his first song when he was only 10 years of age. Umran Langiyaan Paban Bhar, Gham Tera Hum Nay, Zara Zara Dil Mein Dard Hua and Kal Chaudvin Ki Raat Thi are amongst some of his evergreen melodies. Asad performed all around the world and was honoured with the Pride of Performance award due to his wonderful music services.

Fellow classical singer Ustad Shaukat Ali Khan also expressed his sentiments on the occasion of Asad’s death anniversary. “I miss the great singer and the great man Asad was. Although he is not amongst us today, his memories are with me,” he said.

My child will have Mirza Malik as surname: Sania Mirza