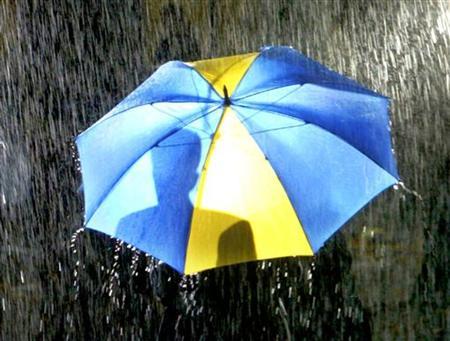 ISLAMABAD: A new spell of showers is likely to begin from Sunday and is expected to help improve the water level in two major water reservoirs which have been at dead level since February 22.

Temperatures are likely to drop by two-to-three degrees in the central and upper parts of the country. There has been a sudden rise in the temperature and insufficient rainfall in much of the country has sparked water woes and discomfort.

According to the Meteorological office, the sporadic thundershowers with stormy winds are expected at scattered places in Khyber-Pakhtunkhwa, Federally Administered Tribal Areas (Fata), northern Punjab, Islamabad, Kashmir, and Gilgit-Baltistan (G-B) from Sunday to Tuesday. The system may persist over Malakand division, G-B and Kashmir until Wednesday.

Indus River System Authority (IRSA) spokesman Khalid Rana told The Express Tribune it is expected that there will be a good amount of rainfall in the catchment area from Sunday onwards. “Therefore it is expected that these showers will help to increase the water level in Mangla Dam and Tarbela Dam, which are both currently at dead level,” he said.