The mystery of political will

The mystery of political will

Using ‘lack of politi­cal will’ as an explan­ation is analyt­ically not useful­
By Kabeer Dawani
Published: April 8, 2018
Tweet Email 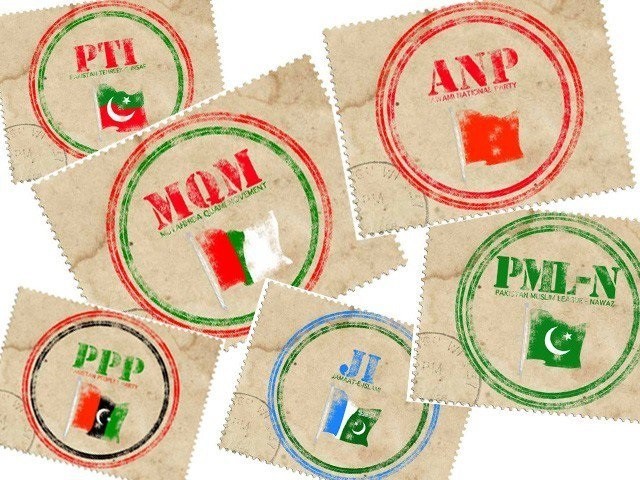 The implication of ‘lack of political will’ is that politicians did not have the motivation to see a particular policy or reform through. PHOTO: EXPRESS/ FILE

Along with corruption, the ‘lack of political will’ is perhaps the most common lament among Pakistanis for public policy failures. For instance, a recent article in the Economic and Political Weekly argued, “many of the issues surrounding the recent census [in Pakistan] would have been solved had there been a political will.”

This is not a unique case, however, and many respectable analysts routinely use this term — a search for the phrase ‘political will’ returns 77,100 results on this newspaper’s website alone, till the time of writing. Neither is the use of this phrase restricted to Pakistan — it has been attributed as the reason for poor policy outcomes across the world, from Africa to Latin America to Europe. It is also used widely by multilateral organisations, such as the United Nations and the World Bank.

The way political will is often used — as a catch-all phrase — suggests that if we could just address this one issue, everything else would fall into place and development programmes would start functioning perfectly. But what does political will mean? Why doesn’t it exist? How do we create it? There is absolutely no discussion that unpacks this phrase.

The implication of ‘lack of political will’ is that politicians did not have the motivation to see a particular policy or reform through. So, they either had nefarious intentions — that is, they are more interested in other things, such as maximising personal wealth — or that they did not care enough to implement a policy properly.

This is problematic because not everyone has the intrinsic motivation to do good. Moreover, the use of this phrase suggests that politicians’ motivation exists in a vacuum, which is incorrect. Even with the right intentions, people’s motivation and actions are shaped and constrained by the institutional environment (social, cultural, political) they operate in. Using political will as a framework of analysis seems to completely ignore this, and in fact gives the impression that we (individuals, organisations, society, etc) have no agency in influencing the behaviour of politicians.

In fact, using ‘lack of political will’ as an explanation is analytically not useful. It avoids getting into issues of how and why politicians act the way they do. This is not to suggest that a politician’s support, vision and leadership is not important, but rather, that in discussions in which we try to understand problems and give policy solutions, saying there needs to be political will is unproductive.

A politician’s motivation and ability to carry out a policy or reform is shaped and constrained by the institutions around them, such as the bureaucracy, political parties, business and civil society. Therefore, to understand why a politician (or government, as a collective) is not able to effectively carry out reform, we need to understand the power all these different actors possess and how they shape their behaviour.

In doing so, we will understand that political will is formed through a complex political process of negotiation and contestation. This process is heavily influenced by the power politicians possess, their ability to overcome collective action problems and build coalitions in support of policies, and their legitimacy to exercise the power and build alliances. Moreover, power and, in turn, will, is also influenced by exogenous changes, such as disasters, demographic shifts, violence and new technology.

Thus, it is when the balance of power is not favourable for particular policies that ‘lack of political’ will emerges and we have suboptimal policy outcomes. Therefore, as Duncan Green describes in his book How Change Happens we need to carry out a ‘power analysis’. This will then enable us to understand what reforms are possible, what (or who) obstructs policies, and, importantly, what can be done about them.

Although this merits an essay of its own, I will illustrate this briefly by continuing with the example of the census. The reason for the exercise having originally been delayed by nine years is that powerful interests did not want it to happen. Those powerful interests still didn’t want it to happen last year, so what changed? The Supreme Court’s growing influence enabled it to force the executive to have the census conducted, but the aforementioned interests had enough power to restrict the exercise such that there are still issues with it. The same is the case with decentralisation to local governments. Every stage of the census (initiation, design and the actual exercise) was negotiated and contested at different stages, and now its results and the use of those results for the delimitation of constituencies continues to be contested. It is this bargaining process and the actors involved that need to be understood to move the discussion forward.

The use of ‘political will’ is similar to the use of ‘good governance’, which came up in the early 1990s as a term to get around the ‘messy’ discussions of politics and power in public sector reform. We need to embrace discussions of politics, not avoid them, because politics is the necessary process through which change is built and sustained. The global debate in development is now acknowledging this, as evidenced by the World Bank’s World Development Report 2017. It is time we started doing so in our analyses also.