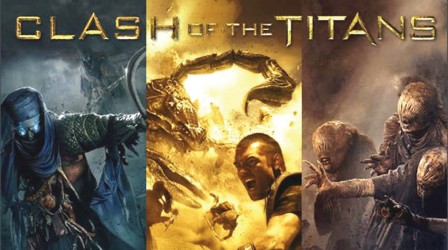 he Hollywood blockbuster “Clash of the Titans” is currently playing at Cinepax.

ISLAMABAD: Moviegoers of the city are a bit peeved. Cinepax, which is located in Rawalpindi and serves as the only upscale multiplex for residents of the twin cities, has increased the ticket price by Rs100.

The price hike comes after a waiver on excise duty on Bollywood and Hollywood movies was allowed to expire last year by the Punjab government.

A tax of 65 per cent was subsequently imposed on Cinepax in January 2010, explained Mohsin Yaseen, manager marketing of Cinepax.

“We are not trying to make a profit,” he said. “The government imposed this tax leaving us with no choice but to increase ticket prices.”

Expressing concern about the fate of Cinepax after the price hike, he said, “We revived cinema culture in Pakistan. People even started investing in this industry, but with such heavy taxes one has to wonder how well cinema will do, especially considering the ongoing financial crisis.”

The price of a movie ticket used to be Rs150 for matinee shows on weekdays and Rs250 for shows after 5 pm and on weekends. As a result of the tax, the new price is Rs250 and Rs350 respectively.

Cinepax plays the latest Bollywood and Hollywood movies along with a few prominent Pakistani flicks. Currently, it is playing
the Hrithik Roshan starrer Kites, Pakistani film Virsa, Clash of the Titans, and a few others.

The audience seemed to have mixed reaction to the increase in ticket prices.

“I don’t mind paying more for my favourite Bollywood heroes,” said Sehar Khan, 23, who had come to watch Kites.

Others complained about how they would be able to afford going to the cinema regularly with their families.

“I come to the cinema almost every other weekend with my family of five. Paying Rs350 is going to be a huge burden on my pocket,” said Mr Shaukat Ali.

Cinepax also used to give a food voucher for an additional cost of Rs50 on every Rs250 ticket, but with the revision in the prices, this facility of ‘forced purchases’ has come to an end.

The tax on cinemas has only been operational in the jurisdiction of the Punjab Government.

Sindh has a fixed tax rate of Rs 2,000 per day on cinemas with 200 seats and more. The government reduced the entertainment duty from 150 per cent to 65 per cent in 2004 in a bid to aid the cinemas.

It even extended the two year exemption from the entertainment duty to three years for the same reason. But, the extension ended in 2009.

No cinema on the horizon for Islamabad