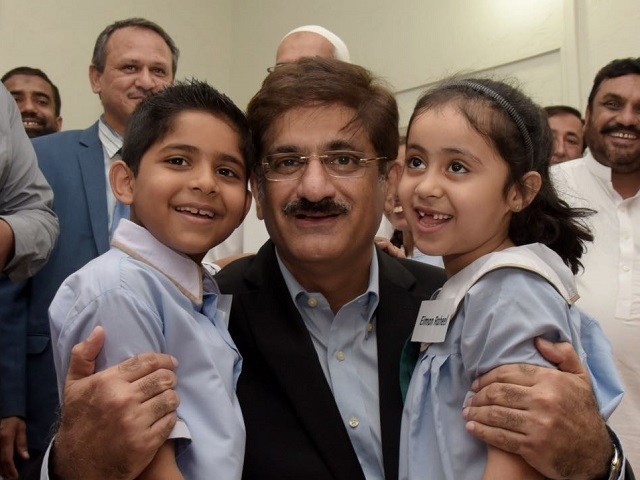 KARACHI: Chief Minister (CM) Murad Ali Shah has said that public-private partnership in the education sector has produced good results and one of its success stories is the children who speak fluent English at the DCTO English medium school in Lyari, which is named after Hindu philanthropist Deepchand T Ojha.

This he said while addressing administration, teaching staff and students of the DCTO English Medium High School, Lyari operating on a public-private partnership basis by the Kiran Foundation. The CM was received by Education Secretary Iqbal Durani, Sindh Education Foundation (SEF) Managing Director Naheed Durrani, Founder and chairperson of Kiran Foundation Sabina Khatri and one of its director Nazir Tunio among others.

“Lyari was once a beautiful, peaceful and vibrant area. It used to remain open the whole night,” the CM recalled. “I had the honour of enjoying tea at the restaurants in Lyari at night, but later something painful happened and Lyari turned into one of the most disturbed areas of the city in terms of peace and tranquility,” he shared.

Drug dealers and other outlaws established their sway in Lyari, he said, adding that the government has made efforts since it started developing the area to restore its past glories. 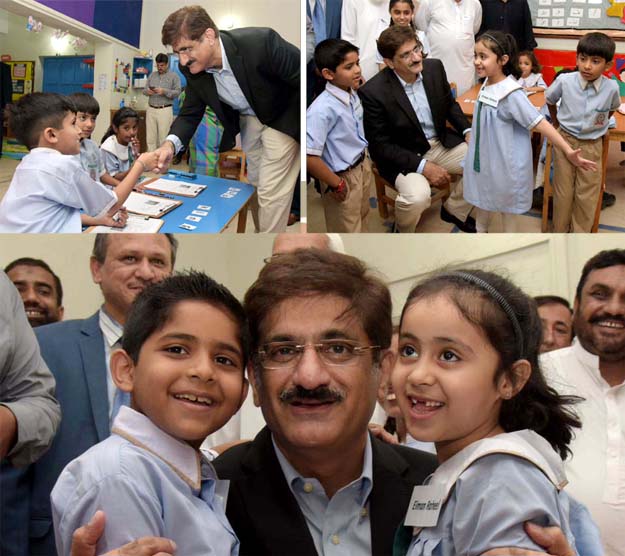 This school is one of the oldest schools from pre-partition. It was originally established in the 1930s by Ojha. The school was a preferred choice for schooling till the 1970s. Later, the institution saw a great decline, resulting in poor standard of education and a dilapidated school building.

The CM said that by 2002, the DCTO school had three double-storey buildings where 13 schools were running within the same premises but there were barely any children receiving education.

The government decided to hand over the school to Kiran Foundation in 2016, Shah said, adding that the foundation runs the school from pre-nursery to high school.

“The most encouraging move I have witnessed at the DCTO school is that the parents, particularly the mothers of students, are given proper training to handle their kids at home,” he said.

These children will lead Lyari to a prosperous future, he said.

Sharing his personal experience with the audience, Shah said that a girl in a nursery class brilliantly briefed him about the geographical location of different provinces on the map of Pakistan. “They [the students] are good at mathematics, science and history – this is what I have learnt by interacting with them in their classrooms,” he said.

Just after taking over as CM, Shah had visited the school and promised to construct an additional storey in the school building to accommodate more students.

Budding student artists given a platform by Zindagi Trust

He said the school administration has told him that 800 students are currently enrolled but due shortage of space they could hardly accommodate 100 students.

The CM directed the education secretary to locate a suitable school building in the area and hand it over to expand the school.

“If you are giving good education, shaping the future of students and training their mothers, I am with you – there is no service above it,” he said. 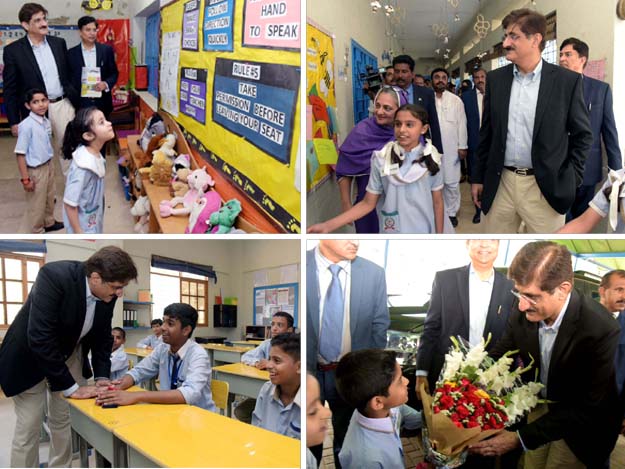 Correction: An earlier version of this article had incorrectly stated that Sabina Khatri is an administrator of the school instead of founder and chairperson. The correction has been made.