It was called Mazari hat but is now known as the Pashte­en hat after Manzoo­r Pashte­en was seen wearin­g it in rallie­s
By News Desk
Published: April 7, 2018
Tweet Email 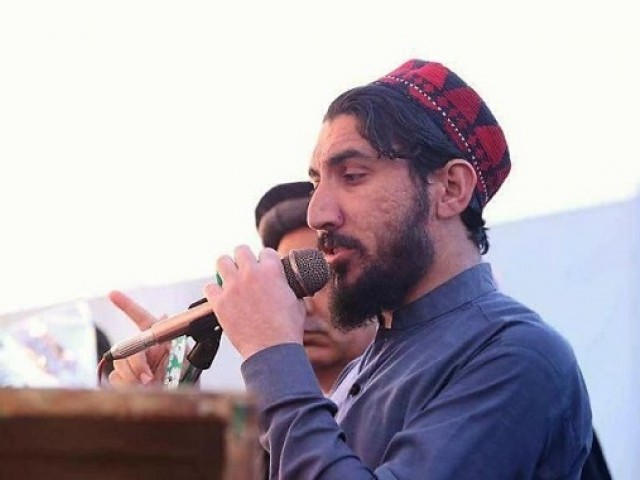 A hat made in Afghanistan has become popular not only in the country but also across parts of Pakistan after it was worn at public rallies and protests by the leader of the Pashtun movement Manzoor Pashteen, The Voice of America reported.

Naqeebullah killing: Rallies against Rao Anwar to be held in Karachi tomorrow

Pashteen, the 26-year-old graduate who is leading protests calling for the rights of Pashtuns to be respected, has unintentionally sparked a new movement, this time with his attire.

He is usually seen at public demonstrations wearing a red and black patterned ‘Mazari hat’, which has become a symbol of peaceful protests and has also earned the nickname ‘Pashteen hat,’ said the Voice of America (VOA) article. The hat is worn mainly in northern Afghanistan’s Balkh province as traditional headgear for men. 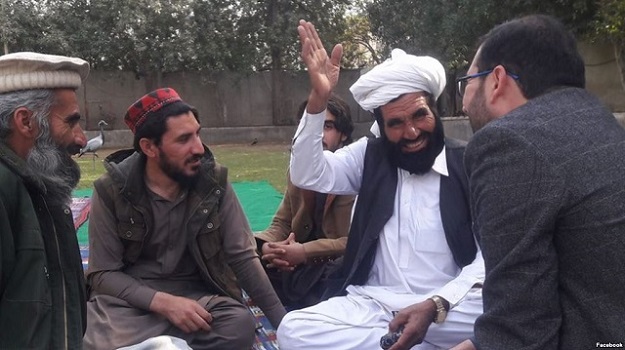 Manzoor Pashteen (second from left), the leader of the Pashtun movement, is seen wearing a red and black hat, being called a “Pashteen hat.” PHOTO: VOICE OF AMERICA/ FACEBOOK

The article said a hat seller in Kabul, Yama, who like many Afghans goes by one name, told VOA that demand for the hat has increased in recent months.

“It used to be called Mazari hat. Now it is called the Pashteen hat. In the past, the hat came in one design. Now there are several designs that customers could choose from,” Yama said. “People have started to like the hat and they buy it in great numbers as well.”

In the wake of the Arab Spring, an inspired Pashteen founded the Mehsud Tahafuz Movement (MTM) in 2013 to secure the rights of tribesmen and as an initiative for clearing landmines in Waziristan.

In 2011, he moved to Dera Ismail Khan to read at Gomal University. It was there that Pashteen found an environment conducive to raising awareness on securing fundamental rights.

With the January ‘encounter’ of Naqeebullah Mehsud, numbers increased as thousands joined the (PTM) movement. People started talking about the MTM transforming into the PTM, Pashteen said in an article.

This article first appeared on The Voice of America.