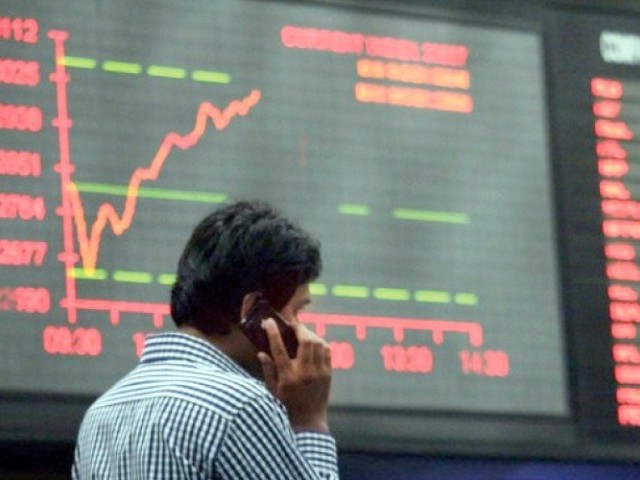 KARACHI: An exceptionally remarkable session ended on a dull note on Friday as the KSE-100 Index settled just 76.80 points higher on last trading day of the week, which was its eighth successive session in the black.

Following announcement of an amnesty scheme by the prime minister on Thursday, investors were ecstatic and resorted to heavy buying, which propelled the index to a gain of over 580 points in intra-day trading.

Although the rally lasted only for the first hour, the index managed to power past 47,100 points. Later, profit-taking set in that dragged the index down.

“The market started off on a positive note, hitting an intra-day high of 583 points, where the market strengthened as the PM declared the tax amnesty scheme on the eve of elections. However, profit-taking was witnessed during second half of the trading session,” Mulla said.

The government anticipated an inflow of $3-4 billion from the scheme. The potential dollar inflows were expected to ease pressure on Pakistan’s foreign currency reserves.

“Moving forward, we expect overall activity to remain buoyant in coming sessions with flows from foreigners and local institutions guiding market direction. However, we recommend investors to book profit on strength,” he added.

Shares of 370 companies were traded. At the end of the day, 180 stocks closed higher, 164 declined while 26 remained unchanged. The value of shares traded during the day was Rs14.6 billion.

Foreign institutional investors were net buyers of Rs246.9 million worth of shares during the trading session, according to data compiled by the National Clearing Company of Pakistan.