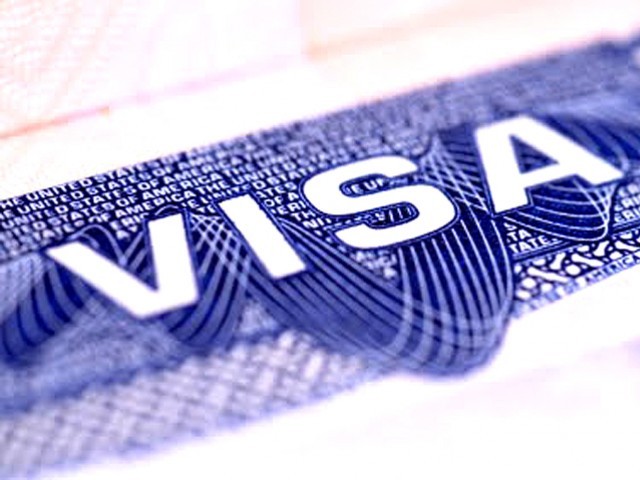 Pakistani diplomatic missions in Washington, the United Arab Emirates and London issued the visas after the government came under intense US pressure, officials said. PHOTO: FILE

ISLAMABAD: The government of Pakistan issued visas to more than 400 Americans without army security clearances starting in early 2010, possibly enabling the CIA to boost its presence, in a move that angered the country’s military.

Pakistani diplomatic missions in Washington, the United Arab Emirates and London issued the visas after the government came under intense US pressure, officials said.

“At the end of 2009, a special presidential order was issued to give 7,000 visas and the same order was passed through the prime minister’s office to Mr. Haqqani,” a senior Pakistani security official told Reuters, referring to Pakistan’s ambassador in the United States, Husain Haqqani.

“On the basis of these orders, the visas which were valid for three to six months were issued without the scrutiny or routine security clearance of the ISI (Inter-Services Intelligence).”

About 450 of those visas were issued to the CIA, the security official said.

A senior official at the Pakistani Embassy in Washington said the embassy had received no complaint from any branch of the Pakistani government regarding the government’s official visa policy.

A spokeswoman for President Asif Ali Zardari declined to comment on details of the visa decision, saying only that security clearance was not always needed from the army.

The army did not respond to a request for information on the visas, but a senior security official said, “We lost control of CIA operatives in Pakistan.”

A second security official said the military was angered by the move and as a result the number of Americans in the country who had received the visas had been reduced by 50 per cent. But those who remained were cause for concern.

“This will affect the already tense relations between the two countries. This indicates the lack of trust and mutual understanding, which will ultimately benefit the militants and extremist elements inside Pakistan,” he said.

“They (the security establishment) lost track of most of the people who came in. Their missions were not clearly stated.”

A former Interior Ministry official said it had been bypassed as well when the visas were issued. Haqqani said the issue had been blown out of proportion.

“Also, the 7000 figure is incorrect & official records prove hype on subject is totally fabricated. All procedures followed,” he said on his Twitter page on May 8.

The US Embassy declined comment on suggestions the visas may have enabled the CIA to expand its presence in Pakistan, which receives billions of dollars in US military aid.

“We submit full and complete visa applications to the government of Pakistan. We comply in providing the information requested,” said an embassy spokeswoman.

US officials have complained in the past about hundreds of Pakistani visa delays, saying this could hamper aid intended to stabilise the government and help Pakistanis.

Islamabad has cut by more than half a visa backlog affecting US officials and contractors needed to run American aid programs aimed at combating extremism there, a State Department official said in March of last year.

Former Finance Ministry adviser Sakib Sherani said US officials made visa requests for people needed to audit requests made under a Coalition Support Fund that was established after the Sept. 11, 2001, attacks on the United States to reimburse Pakistan for help in fighting militancy.

That account was confirmed by the second senior security official.

“We resisted and said, ‘You don’t need 450 (to audit the fund requests).’ Then they said they needed other technical people,” said Sherani, who said he took part in some of the discussions.

An intelligence official in Lahore said Pakistani authorities began to get suspicious after they noticed a large number of people who appeared to be Americans driving bullet-proof sport utility vehicles.