Dwayne 'The Rock' Johnson: The next Hollywood A-lister to visit Saudi Arabia?

Dwayne 'The Rock' Johnson: The next Hollywood A-lister to visit Saudi Arabia?

Earlie­r this week, the actor had an intima­te dinner with the Crown Prince of Saudi Arabia­
By Entertainment Desk
Published: April 5, 2018
Tweet Email 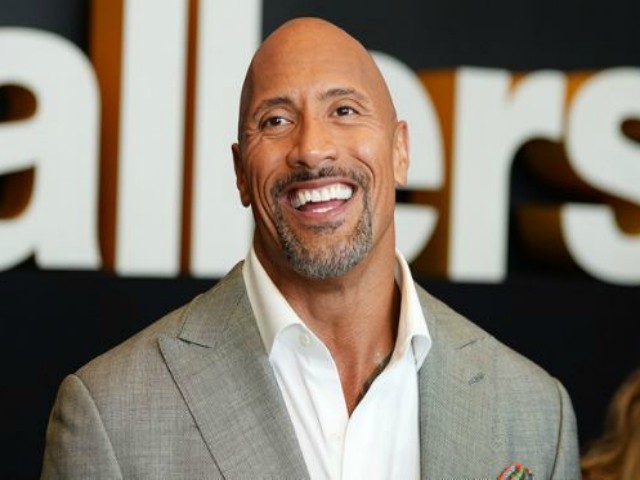 Saudi Arabia sure seems to be making huge strides with Hollywood. Just recently, The Vampire Diaries actor Ian Somerhalder was in Riyadh to attend the Saudi ComicCon 2018. The Kingdom is also getting its first cinema in 35 years comes April 18.

And now, the Saudi crown prince Mohammed bin Salman has reportedly been hanging out with Fast and Furious star Dwayne ‘The Rock’ Johnson this week. The two recently met in Los Angeles, where the actor expressed his admiration for the prince’s devotion to his Kingdom.

According to The Hollywood Reporter, Salman attended an intimate dinner hosted by Rupert Murdoch and interacted with the likes of Morgan Freeman, Michael Douglas and Johnson.

The Rock took to Instagram to express his fondness of the Saudi royalty. He wrote, “It was fascinating to hear his deep rooted, yet modern views on the world and certainly the positive growth he desires for his country.”

Historic night it was. A pleasure to have a private dinner with the Crown Prince of Saudi Arabia, Mohammed bin Salman, his royal family and distinguished cadre. Fascinating experience to hear his deep rooted, yet modern views on the world and certainly the positive growth he desires for his country. As always, I asked a lot of questions. Listened and learned. Thank you everyone for a great night. Luckily, I brought my own tequila

However, the former wrestler changed the caption a while later and a reporter at Business Insider noticed it. He had earlier written, “On a personal note, I was extremely flattered. Truthfully, I was blown away to be told about the level of love Saudi people have for me and my popularity throughout the country. It was very humbling and I look forward to my first visit to Saudi Arabia soon .”

The Rock had a private dinner with Mohammed bin Salman, where he heard MbS' "deep rooted, yet modern views on the world and certainly the positive growth of his country” pic.twitter.com/kVcJ6KRCn4

It would come as no surprise that after John Travolta, Nelly, Jason Mamoa and Ian, Johnson could be packing his bags for Saudi Arabia next.

But does The Rock want to keep his visit a surprise? Or did he just change his mind, like his caption?