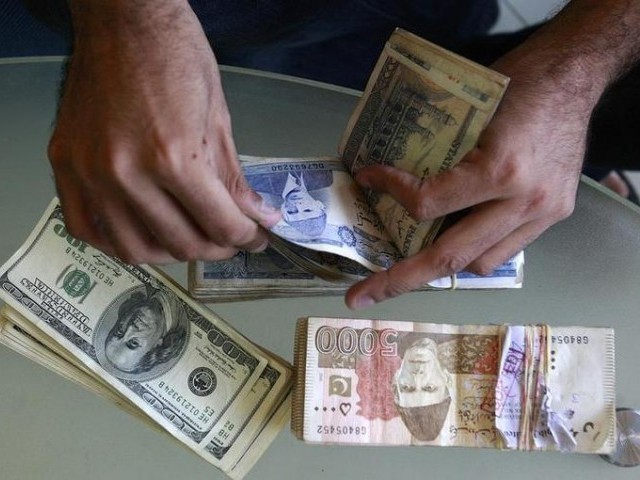 The rupee has cumulatively shed close to 9% of its value. PHOTO: REUTERS

ISLAMABAD: The government is considering levying a tax on ‘gifts’ given by taxpayers to non-family members after wealthy Pakistanis gave away Rs102 billion under the scheme last tax year, which the Federal Board of Revenue (FBR) initially claimed was an act of money laundering.

The gifts to family members are still proposed to remain exempted from income tax, according to a budget proposal of the FBR for the fiscal year 2018-19, starting from July. The money that a taxpayer will show as gift from or for non-family members in his wealth statement would be treated as his income, according to sources in the FBR. The amount will be charged at standard income tax rates, according to the sources.

The gifts valuing above a minimum threshold should be subject to the tax, said the sources. The proposal was to fix the minimum taxable limit of a gift in the range of Rs1 million to Rs1.5 million, the sources said. The budget proposal still has to go through final scrutiny.

The FBR is currently in the process of scrutinising tax proposals that will be announced in the budget to be unveiled on April 27. However, it faces challenges to keep its tax collection intact, as the government plans to offer major reliefs ahead of general elections.

Special Assistant to Prime Minister on Revenue Haroon Akthar Khan has said that the government would not levy a new tax in the upcoming budget. But the tax on gift will be deemed a new tax.

The FBR’s budget proposal carries political implications, as influential Pakistanis including former prime minister Nawaz Sharif have remained beneficiaries of the legal lacuna that allowed people to give or receive gifts. The former PM received Rs1.12 billion as gift from his son Hussain Nawaz, according to the Joint Investigation Team report in Panama Leaks case.

Under the Income Tax Ordinance, gifts are exempted from taxes and about 2,800 Pakistanis exploited this lacuna in tax year 2016 alone. Out of 2,785 cases to be precise, 966 pertained to Karachi, 1,062 to Lahore, 388 to Islamabad, 144 to Faisalabad, 72 to Peshawar, 120 to Multan and 33 to Hyderabad, according to the FBR statement in a parliamentary committee.

The FBR believes that wealthy individuals are using the tax-exempted gifts to transfer incomes, assets and wealth without contributing to the exchequer. The window is also being used for transferring their assets abroad to avoid falling into the tax net.

The FBR’s Directorate of Intelligence & Investigation of Inland Revenue found that about 2,800 individuals declared receipt of gifts in their wealth statements, aggregating around Rs102 billion in tax year 2016 alone. An individual from Karachi declared the highest amount of Rs1.7 billion given away as gift, according to the FBR’s statistics that it had submitted in the Senate Standing Committee on Finance.

Non-filers to be penalised further in upcoming budget

After finding about a big amount being declared as gifts, the FBR had launched a probe and sent tax notices to these people under section 176 of the Income Tax Ordinance, 2001. However, it later on did not disclose the outcome of this exercise.

But on August 23, 2017, the FBR had backed off from its earlier claim that these 2,800 wealthy individuals laundered Rs102 billion by declaring the amount as gifts. FBR Chairman Tariq Pasha had claimed before the standing committee on finance that the taxmen prematurely bluffed about money laundering by 2,800 people to gloat about its performance to the public.

Under the law, anybody can give a gift through cross-cheque or banking transaction, but it has to be declared in the donor’s Wealth Statement and recipient’s income tax return. If the recipient does not declare the gift, this will be treated as concealed income.