Parlia­ment and the federa­l govern­ment cannot hide their inacti­on on the misera­ble state of labour rights
By Iftikhar Ahmed
Published: April 4, 2018
Tweet Email 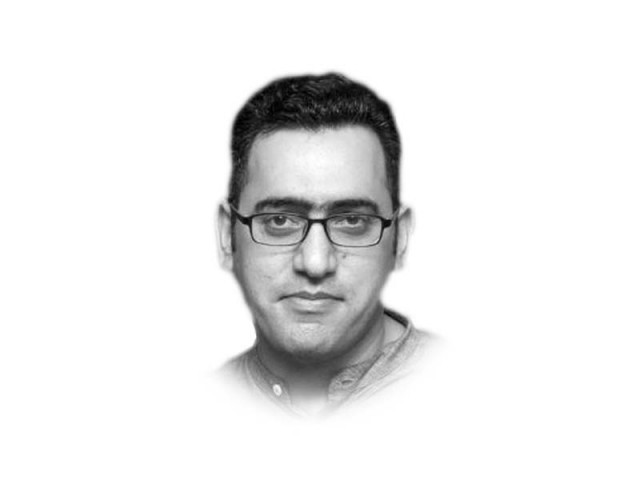 The writer is founder of the Institute for Labour Rights, The Whistlers. He can be reached at Ia72@cornell.edu

The Supreme Court, in its landmark decision on March 28th 2018, has taken a different stand and has allowed federal legislation on all those issues covered under international conventions/covenants ratified by the state. The said judgment has also upheld the Industrial Relations Act of 2012 (IRA) to regulate trade union activities and industrial disputes at the trans-provincial level. The court has ruled that the National Industrial Relations Commission, formed under IRA 2012, has the legal jurisdiction to decide labour disputes relating to the enterprises operating in more than one province. It has further decided that Shaheen Airport Services, part of Shaheen Foundation, is not a charitable organisation and thus, cannot claim exemption from the industrial relations legislation.

The court has maintained that the entries in the legislative lists are only legislative heads or fields of legislation as these demarcate the area over which the appropriate legislatures can operate. Moreover, the legislative entries should be liberally interpreted, given the widest possible meaning and should not be read in narrow or restricted sense. The words in legislative entries extend to all ancillary or subsidiary matters which can reasonably be part of it.

In order to ensure conformity among the provinces as well as compliance with the ratified UN and ILO conventions and other international treaties, the federal legislature has the authority to provide for some basic standard, in the form of framework legislation, as enunciated in these international instruments. Parliament, through its legislation, can set the minimum standards.

Pakistan does not have a law requiring equal pay for work of equal value. Similarly, there is no specific law prohibiting workplace discrimination with the exception of some legislative tweaking in Khyber-Pakhtunkhwa and Sindh. A first relevant legislation would be enactment of anti-discrimination legislation requiring protection from discrimination in all employment-related matters and mandating equal wages for work of equal value. This legislation is a pre-requisite under the ILO conventions 111 (Discrimination in Employment and Occupation Convention) and 100 (Equal Remuneration Convention) already ratified by Pakistan in 1961 and 2001, respectively.

Article 7 of the International Covenant on Economic, Social and Cultural Rights (ratified in 2008) recognises the right of everyone “to the enjoyment of safe and healthy working conditions”. In order to give effect to this provision, the federal government can announce the framework legislation on occupational safety and health which can be adopted by the provinces as well. Similarly, federal legislation on child protection, child labour, persons with disabilities, etc, can be enacted, setting the minimum standards to be followed by the provincial legislatures.

As regards the issue of Shaheen Airport Services, it is commendable that the Supreme Court has upheld the decision of the Sindh High Court and has declared it a ‘non-charitable’ organisation and thus not eligible for exemption under the law. This issue needs further consideration as dozens of profit-making organisations working under trusts and foundations have been seeking exemption from industrial relations legislation claiming that they are charitable organisations. Labour departments have to take into account other factors, as enunciated in the Sindh High Court decision, instead of granting blanket exemption merely on the premise of working under a ‘trust or foundation’. Right to freedom of association and collective bargaining is the enabling right for all other workplace rights. Misclassifying the profit-making organisations as charitable organisations makes workers vulnerable to other workplace rights violations.