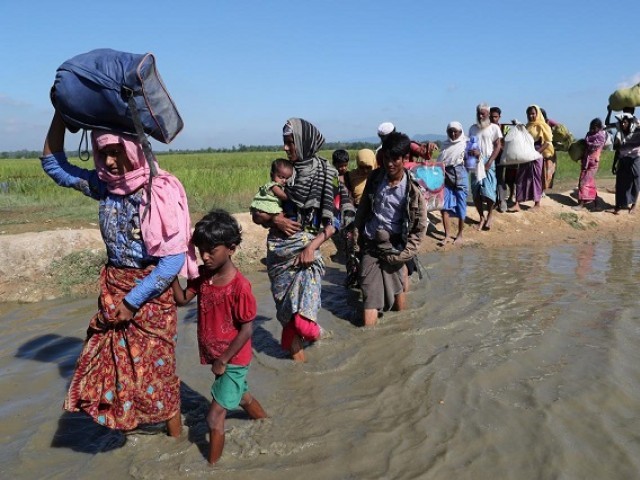 UNITED NATIONS: Myanmar has agreed to a visit by the UN Security Council after months of resistance, but it remains unclear whether ambassadors will be allowed to go to Rakhine state, the body’s president said on Monday.

Nearly 700,000 Rohingya have been driven out of Rakhine state and are living in crowded refugee camps in Bangladesh since a Myanmar army operation in August.

After the council proposed a visit in February, Myanmar’s government said it was “not the right time,” but it has now given the green light.

Peruvian Ambassador Gustavo Meza-Cuadra, who holds the council’s rotating presidency, said details of the itinerary had yet to be finalized, including whether the government would allow the council to visit Rakhine state.

“Obviously, we’re interested in Rakhine state,” said Meza-Cuadra. “There’s nothing better than a visit on the ground to see how it is.”

Britain, Kuwait and Peru are organizing the council’s visit, which would include a tour of Rohingya refugee camps in Cox’s Bazar. No date for the trip has been announced.

Myanmar authorities say the operation in Rakhine state is aimed at rooting out extremists, but the Security Council is demanding that the Rohingya be allowed to safely return home.

The council is also planning a trip to Iraq, in a show of support ahead of parliamentary and provincial assembly elections on May 12.

Iraq “needs support from the international community for rebuilding the country and to ensure reconciliation” after Baghdad’s successful campaign to re-take territory from the Islamic State group, said Meza-Cuadra.