What is wrong with preliminary delimitation?

What is wrong with preliminary delimitation? 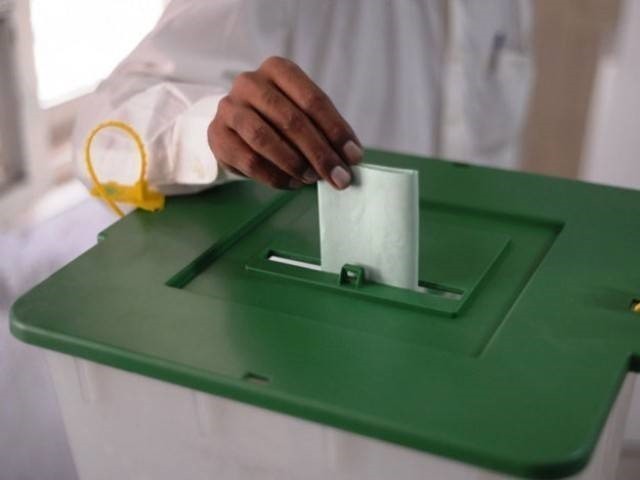 Should the ECP fail to amend the final delimitation of constituencies according to the principles and politicians’ grievances, the best way forward would be to reinstate the 2013 boundaries through a constitutional amendment. PHOTO: AFP

Like the provisional census results, the preliminary delimitation has also triggered a huge controversy. Strangely all this is happening when general elections are around the corner. Conspiracy theorists have a field day to create doubts about timely occurrence of the election. As the preliminary delimitation is a self-inflicted wound, it is therefore curable within the given time. The law is there, and if need arises it could be amended too as expediently as some other legislations. The doers are there too. But let’s first find the wrongs in the law and its poor practice.

Pakistan’s electoral system seems to stand on a single leg — constituency-based politics, hence geographically compact constituency (GCC) is a must. For instance, a landlord who owns huge chunk of estates since generations doesn’t need to invest as much as a new aspirant has to. Yet, to keep control over the vote bank, he has to invest time and wealth. Also he has to bring development projects and jobs to the constituency/people. He has to build a strong nexus with the civil bureaucracy too. With this mindset, the GCC becomes sacred. Rage against preliminary delimitation suffices to conclude that political elites of all forms equate their constituency to that of the state.

Therefore, the delimitation law has to be drafted in a manner that stands on the existing administrative/geographical boundaries, ie, revenue boundaries like patwar, qanoongoi, tehsil and district, etc. This overlapping provides a huge opportunity to amass wealth and influence too to elected officials. Just consider this. How many elected politicians are involved in land grabbing? How greatly it helps them if they resolve a land dispute? How easy it is for a member of an assembly to get information about future development plans and then to invest accordingly? Should an administrative boundary be divided across two electoral constituencies, the state officials will have room to act freely. A country where urbanisation is taking place with a huge speed, peri-urban and adjacent rural areas carry massive potential to mint money and extend influence over staggering areas. No wonder we find a mishmash of rural-urban areas in many constituencies in Punjab and Islamabad. The history of delimitation laws informs us that the administrative boundaries remain the overarching principle of each legislation and amendment, including the Elections Act of 2017.

Having said that, the Election Commission of Pakistan can’t be absolved from its sins. First and foremost — its refusal to share reasons for crossing the 10% threshold in parity of the vote across constituencies causes doubts. Please note under the law the ECP is bound to give reasons in writing. Two, the delimitation law carries contradictory parameters for delimitation. For instance, beside 10% variation in parity of vote, administrative boundaries, physical features, facilities of communication and public convenience and other cognate factors must be ensured for creating homogeneity in constituencies. Strangely, the law doesn’t provide any clause, should two or more parameters wildly contradict each other. The politicians who are showing rage against the ECP are also responsible for causing this dangerous mess, as they are the architects of the election laws.

It appears the lawmakers while deliberating on election reform bill didn’t care to consider the diversity of the country and refused to learn lessons from other countries. For example, the Parliamentary Voting System and Constituencies Act of 2010 of the UK could have been studied. The Act allows only 5% variation in vote parity and the quota stands at 70,600 electorates. Unlike our delimitation law, the British Act also limits the geographical area to 13,000 square kms. In case a constituency is greater than 12,000 square kms, then 5% variation is relaxed but only minimally. Therefore, 99% of their constituencies would fall within 5% of national limits. On the contrary, in Pakistan the preliminary delimitation analysis shows 31% of our constituencies out of 10% threshold.

Democracy is government of the majority. Therefore, it is essential to value each vote equally. As Pakistan is a signatory to the International Covenant on Civil and Political Rights, besides Pakistanis, it is accountable to the international community on this count too. Translating the concept of parity of vote into practice and how it undermines democracy is imperative.

Let’s consider the following examples. According to preliminary delimitation, the NA-12 Battagram has 476,612 people, while NA-11 Kohistan consists of 784,711 persons. In Punjab, Hafizabad NA-87 consists of 1,156,957, and in Sargodha NA-88 has 749,301 people — a difference of more than 300,000. This discriminates against the people of Hafizabad numerously. Politically, the people of Sargodha are 35% more powerful than the people of Hafizabad. Economically, since MNAs get an equal amount of development funds for their constituencies, per capita funds allocation in Hafizabad will also be 35% less than Sargodha’s. Accessibility, larger the number of constituents, lower the access to representative and vice versa. It is feared that if current variation in voter’s equality is not rectified by May 2018, this multiple and self-inflicted discrimination will continue in 81% or 31% of 272 constituencies at least for the next five years.

Now let’s move to another fundamental principle of the delimitation law: ‘facilities of communication and public convenience and other cognate factors to ensure homogeneity of populations’. The case of Jhang district shows how this principle is being ignored as well. After flowing more than 50kms through the Jhang district two rivers, Jhelum and Chenab, converge at Trimmu. A cursory look at the map clearly establishes that boundary of a constituency crosses both rivers almost throughout their journey. There is a need therefore to check all those constituencies which fall along rivers, canals, mountains, hills and motorways, etc.

The violations of the delimitation principles provided an easy opportunity to parties to politicise the issue, embarrass the ECP and gain political capital. The ECP has also contributed hugely by refusing to provide any explanation for deviating from the said principles. Almost all political parties and think tanks, including Free and Fair Election Network, have expressed serious reservations about the preliminary delimitation. An all parties conference held in Balochistan on the issue has warned that should the ECP fail to address the unjust delimitation in Balochistan, it could trigger a civil war-like situation in the province. While this is a far-fetched fear, it tells a lot. The media enriched the debate but it also deepened the controversy.

History of electoral systems is a tale of competing elites and social groups. A more powerful section of elites would develop and maintain electoral system and delimitation law that suit best to turn its de facto power into de jure. The delimitation of constituencies is the most effective tool for gerrymandering — garbed in principles/laws. The ECP’s preliminary delimitation is being seen from that angle too by most politicians. On the surface, the ECP has ignored/violated most of the principles, only a comprehensive analysis could tell the whole truth. Should the ECP fail to amend the final delimitation of constituencies according to the principles and politicians’ grievances, the best way forward would be to reinstate the 2013 boundaries through a constitutional amendment. However, there is a serious need to improve our delimitation law — a law that reflects our diversity, terrain, future vision and above all equality of vote.