Aitzaz Ahsan returns the 'favour' to CJP, his son in 'best possible way'

Aitzaz Ahsan returns the 'favour' to CJP, his son in 'best possible way' 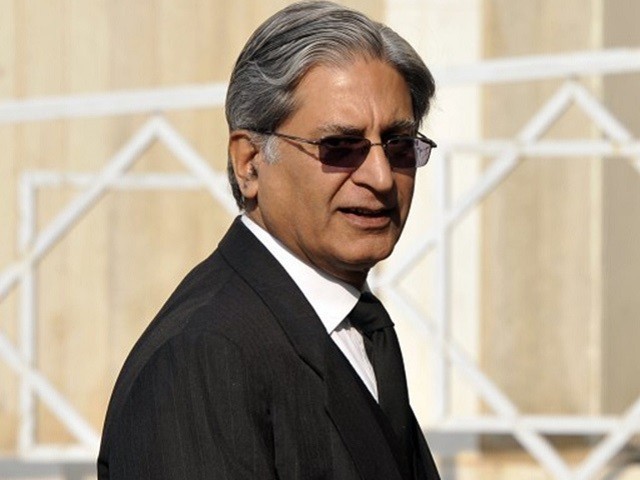 ISLAMABAD: Renowned lawyer Aitzaz Ahsan on Saturday returned ten thousand rupees that CJP Saqib Nisar’s son paid for him as a fine imposed by the top court over his failure to appear in the formula milk case.

The top judge’s son, Najam Nisar, said that he paid the fine as a ‘sadqah’.

“Your father, the honourable CJP, informed me during a court hearing on Saturday that you had paid Rs10,000 on my behalf for a fine imposed on me for not appearing in a case on March 9. That was most gracious of you,” reads the letter addressed to Najam penned by Ahsan.

The letter goes on to say that “I leave it to your father to make this public or not, but it surely was the most effective way to obtain this amount from me”.

During the hearing of suo motu case pertaining to formula milk on March 24 at the SC registry in Lahore, Justice Nisar remarked that since Ahsan was reluctant to pay the Rs10,000 fine, the CJP’s son had donated it as ‘sadqah’. “We donated it for a noble cause.”

“My son said I will pay Aitzaz uncle’s fine,” the CJP told Ahsan as he ordered court staff to hand over the fine receipt.

In the last hearing, the advocate for Meiji Formula Milk Company, Ahsan, was represented by his assistant, who had demanded that the court adjourn the case hearing for an unreasonably long time. 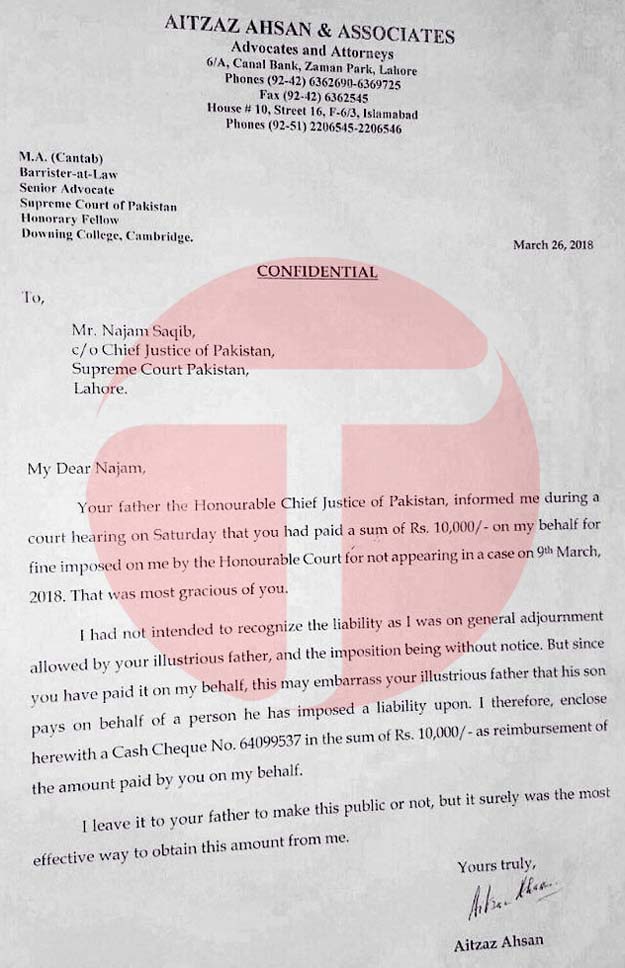 Irked by Ahsan’s absence, and the demand put forth by the junior lawyer, the CJP had warned that using Ahsan’s name in court will not earn any favours even though Ahsan is a respected name in the judiciary. The top court had slapped Ahsan with Rs10,000 fine for his request for an unreasonable time extension.

While Ahsan did not pay the fine, he did appear for today’s hearing where his client, Meiji Formula Milk Company presented a sample package of the milk before the two-member bench, headed by Justice Nisar.

Memogate: Legal options being weighed to bring Haqqani back