The operat­ion to remove land encroa­chment­s in Mehran Town was stoppe­d due to protes­ts by the public.
Published: May 13, 2011
Tweet Email 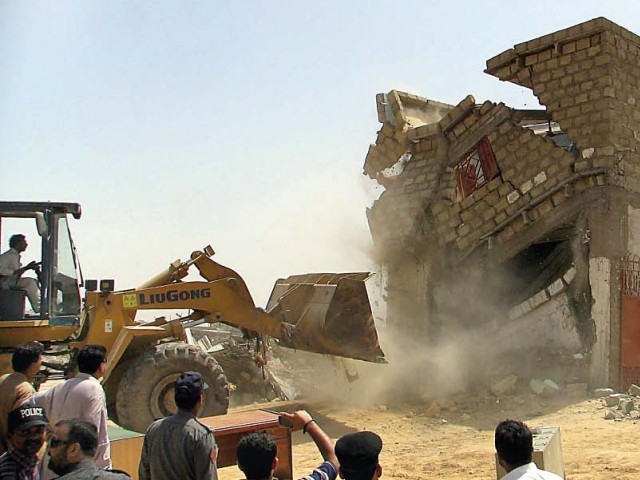 KARACHI: The operation to remove land encroachments in Mehran Town was stopped due to protests by the public. The anti-enroachment cell started the operation along with the land department and other relevant authorities. More than six shops and houses along with a police checkpost was razed to the ground. However, the operation was stopped after area residents intervened.