Back on the same bridge

Back on the same bridge

US has no plan ‘B’ to fall back on this time if Pakist­an were to actual­ly close down the corrid­or
By M Ziauddin
Published: March 31, 2018
Tweet Email 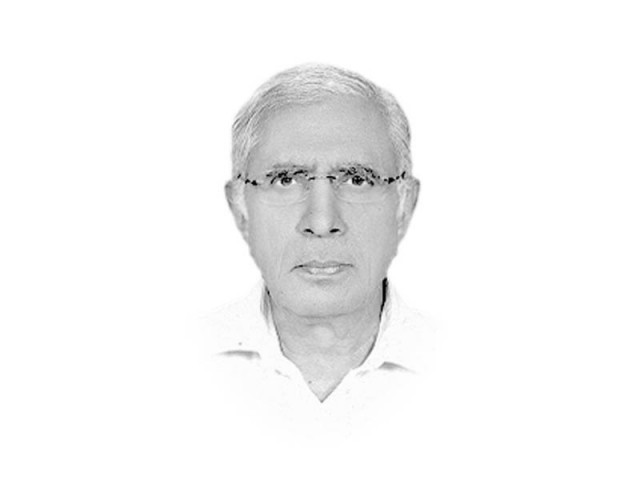 Pakistan, in a way, had played the bridge for the US to reach out to China for its first-ever highest level diplomatic contacts. Henry Kissinger, the US president Richard Nixon’s national security adviser, undertook a secret trip to Beijing from Pakistan July 9-11, 1971. His meetings there produced an agreement that president Nixon would visit China.

Nixon went in February 1972. This happened despite the fact that the two countries were locked at that time in a bitter ideological confrontation with the US using China’s neighbours to encircle the country hidden behind the bamboo curtain.

Some 40 years or so later when the US and China are locked in a raging trade war, the two countries find themselves traversing the same bridge at the same time via their respective corridors running through Pakistan. China is establishing a trade corridor running from North of Pakistan to Gwadar sea port in the South. The US, on the other hand, has been moving supplies for its troops in Afghanistan through a corridor set up in early 2000, running from Karachi seaport in the south to the country’s northwest borders. There are two routes into Afghanistan from Pakistan, one across the Khyber Pass and the other goes through Balochistan to the border town of Chaman.

The $60 billion worth CPEC is the lynchpin of Beijing’s multi-billion-dollar One Belt One Road project. The project is to focus on developing six economic corridors: new Eurasian Land Bridge, China-Mongolia-Russia, China-Central Asia-West Asia, China-Pakistan, Bangladesh-China-India-Myanmar and China-Indochina Peninsula economic corridors. It is open to all sharing similar goals.

Meanwhile, the American supply corridor seems to have survived Washington’s latest move to freeze security aid payments to Islamabad, claiming it is not doing enough to target the Afghan Taliban and Haqqani group bases.

Pakistan knows that if it were to resort to retaliatory measures, America’s war fighting efforts in Afghanistan would be seriously undermined. It has happened before. In 2011, Pakistan closed its border to Nato supplies following a series of incidents that brought relations between the US and Pakistan to an all-time low. The US-led forces in Afghanistan endured the closure by relying on cargo flights and a more costly northern route through Russia, Central Asia and the Caucasus.

However, unlike in 2011, the US no longer has an airbase in Kyrgyzstan, which had been the main transit point for American military personnel and cargo in and out of Afghanistan. Additionally, Washington’s fraught relations with Russia could make flying over Central Asian states less reliable, with Moscow able to exert influence on its smaller neighbours.

Clearly, the US has no plan ‘B’ to fall back on this time if Pakistan were to actually close down the corridor in retaliation. A longer-term embargo would require the US to find more practical solutions and these would come with an unaffordable price tag which Washington would find it almost impossible to cover. More so because all indications point to the possibility that the Trump administration seems all set to stay put in the war-ravaged country for decades to come in view of its physical proximity to Iran, China and a nuclear Pakistan.

So, whether the US likes it or not and whether or not Pakistan obeys its nauseatingly repetitive command of ‘do more’, Washington will have to come to some kind of a permanent arrangement with Islamabad (bombing Pakistan into subjugation not being an option) to retain its supply corridor on a permanent basis and at an affordable cost, both in monetary as well as political terms.

So, with both the CPEC and US supply corridors becoming permanent transit features within the four walls of Pakistan, it would be interesting to see how the two, especially the US, would cope with the situation while continuing to press on with its trade war with China.