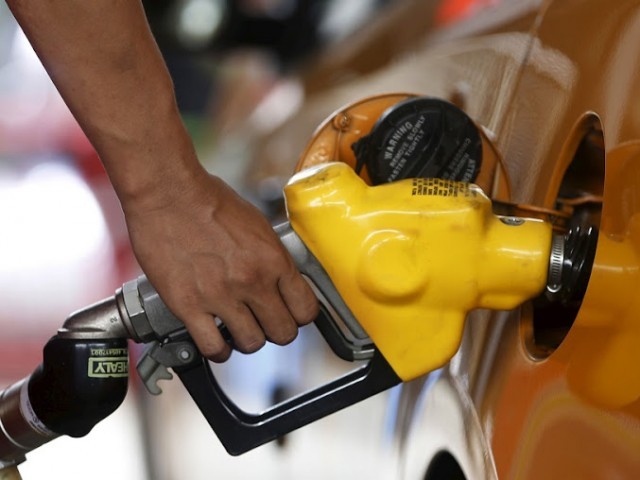 Prices of other products, however, may witness a minor increase. PHOTO: REUTERS

ISLAMABAD: After facing an increase in the price of petrol for the past several months, consumers are likely to get some relief as rates may now be reduced, with the changes due to come in effect from April 1.

The regulator has recommended in a summary to the Petroleum Division that the price of petrol be reduced by Rs5.26 per litre (6%), which would bring the rate down from the existing Rs88.07 to Rs82.81 per litre. Petrol is the primary fuel for vehicles and with the suspension of indigenous gas supply to CNG stations, especially in Punjab, its consumption has gone up.

However, other than petrol, the summary has recommended minor increases in the rates of other petroleum products for April.

Petrol price up by Rs3.56 per litre

The price of kerosene may be increased from Rs76.46 to Rs76.59 per litre with an increase of Rs0.13 per litre (0.2%). Kerosene is used in remote areas for cooking purposes, where Liquefied Petroleum Gas (LPG) is not available.

The Ministry of Energy (Petroleum Division) received the summary from the Oil and Gas Regulatory Authority (Ogra) on Friday that recommended revision in oil prices. Prices of all petroleum products, except for kerosene, are deregulated, with Ogra only monitoring the prices.