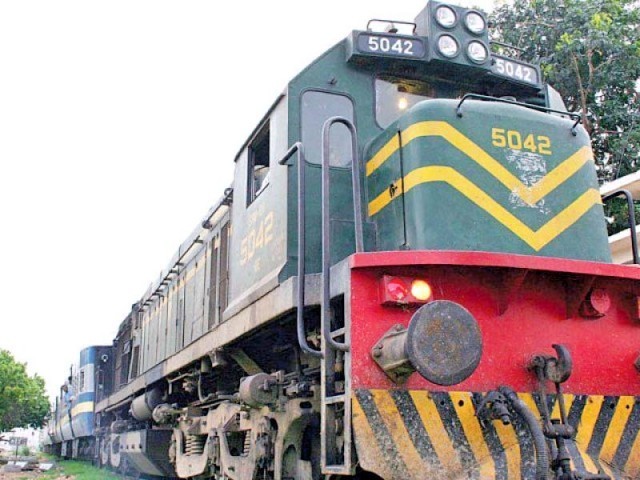 The project had been conceived to upgrade Pakistan Railways’ dilapidated and obsolete infrastructure. PHOTO: FILE

ISLAMABAD: Pakistan has again delayed approval of the Mainline-I project – the only strategic scheme of the China-Pakistan Economic Corridor (CPEC) – after Beijing tagged the phase-I of the scheme at $4 billion, which is $627 million higher than Pakistan’s estimates.

The difference over the cost and scope of the ML-I project of Pakistan Railways has also blocked the approval of concessionary loan by China, according to officials of the Ministry of Planning. According to Framework Agreement of the ML-I, China will provide 85% of the project cost as concessionary loan. The ML-I project has been declared “strategically important” by both the countries.

The approval of the upgrade of Pakistan Railways ML-I was part of the agenda of Central Development Working Party (CDWP) meeting that was held on Thursday under the chair of Planning Commission Deputy Chairperon Sartaj Aziz.

The CDWP did not take up the project for discussion on the request of Ministry of Railways, according to the planning ministry.  The delay in approval of the ML-I project highlights challenges to CPEC that also suggests that the implementation of the $60-billion initiative has slowed down. The project was conceived to upgrade Pakistan Railways’ dilapidated and obsolete infrastructure.

Initially, the total cost of the project, having length of 1,872 kilometres, had been estimated at $8.2 billion. But the government subsequently decided to split the project into two due to its high cost and the work that requires refurbishment and expansion of the main rail line. Now, Pakistan wants to construct only the 748km track under phase-I of the project, according to the new PC-I of the scheme Pakistan Railways has submitted to the planning ministry.

To carry out the feasibility study to firm up the cost and scope a consortium had been set up. The three parties of the consortium were China Railway Eryuan Engineering Group Co Limited (CREEC), National Engineering Services Pakistan (NESPAK) and Pakistan Railways Advisory and Consultancy Services (PRACS).

Despite wasting 21 months, “the project cost and scope has yet to be firmed up” showed the documents.

Another interesting fact was that the scope of the work in phase-I under the new PC-I has been reduced by 56% as compared to phase-I approved by the CDWP in June 2016. Despite 56% reduction in scope, the cost has been increased by 6% at the lowest cost determined by NESPAK, according to planning ministry.

Under old phase-I, the Multan Lahore section had 334km length, which has now been increased by 5 kilometre. The 182km Karachi-Hyderabad section has now been completely excluded under new PC-I of the phase-I. The Karachi-Kotri section of 163km has also been excluded.

The Multan-Hyderabad section has now been reduced to only 183km.

“From this it infers that the cost of entire project including the phase-II is likely to increase manifold from $8.2 billion,” according to new project documents. There is also an issue of providing on average Rs94 billion or $810 million per annum to Pakistan Railways for the next four years while its current total development budget is a mere Rs43 billion.

After the completion of the project, the line capacity of Pakistan Railways will increase from current 34 to 171 trains per day. But as per traffic forecast given in the new PC-I, Pakistan will be able to achieve 145 trains per day by 2040. “The proposed facility will remain underutilised till year 2040.”  For the sake of the financial plan, the interest rate on Chinese government loan has been estimated at 3% and China will provide 85% of the project cost as a concessionary loan. An internal agreement on the exact financing modalities was essential before making a request to China for processing a loan.

The Ministry of Finance and a financing group, set up to firm up funding modalities for the ML-I project, are in favour of acquiring the loan with sovereign guarantees, show documents. In the case of sovereign guarantees, the total project cost will not become part of Pakistan’s ballooning external debt of $89 billion. The responsibility of loan repayment will lie on the Ministry of Railways.

Under the May 2017 framework agreement, the project will be solely funded by China.

However, Pakistan Railways wants the central government to acquire the loan, which will not only make it part of the external debt, but will also shift the loan-servicing responsibility to the centre.