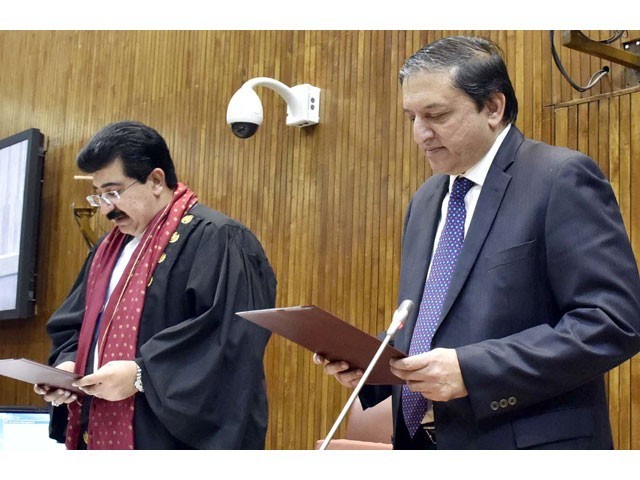 The Pakistan Peoples Party (PPP) on Thursday decided to move a privilege motion against Prime Minister (PM) Shahid Khaqan Abbasi in reaction to his comments about Chairman Senate Sadiq Sanjrani.

Following the controversial remarks, the PM came under fire from PPP leaders. According to Express News, the premier had said votes were bought in the recent Senate elections which does not help the country’s image and compromises the integrity of said elections.

According to the motion, Sanjrani is the current Senate chairman and to demand a re-election for the sitting Senate chairman is against the Constitution. And on his controversial remarks, the PM should apologise. And if he doesn’t apologise, then he will have to face immense protests in both Houses, the motion stated.

PPP’s recently-elected Leader of Opposition in Senate Sherry Rehman said she will protest against the prime minister’s remarks as the integrity of the House was violated by the PM’s comments.

She added that the leaders of the ruling party constantly keep talking about the significance and value of the vote, yet keep on shooting their own stance to pieces by issuing such statements.

Rehman further said that the parliament was disrespected by the PM’s remarks. Responding to former premier Nawaz Sharif’s recent admission regarding the Memogate scandal, she said the ousted PM constantly keeps talking about a certain institution, but fails to name it and further added that the whole nation has heard what the deposed prime minister has said.